However, many people pointed out that the couplet quoted by Mr Raut was not penned by Harivansh Rai Bachchan. 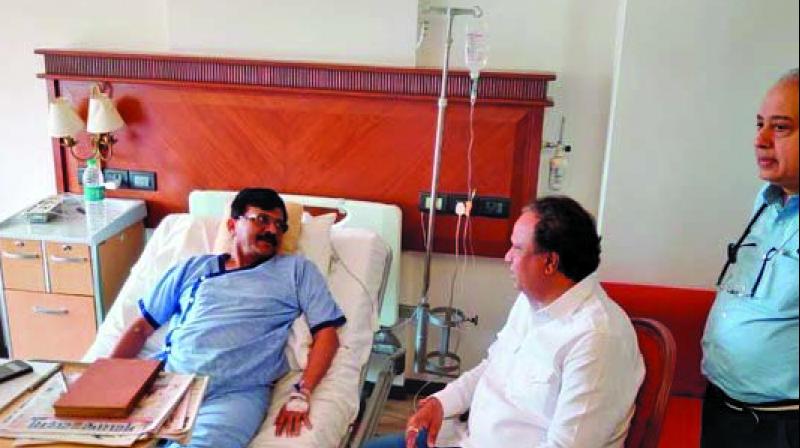 Mumbai: Ailing Shiv Sena MP Sanjay Raut, who Monday underwent angioplasty at Lilavati Hospital, is recuperating. According to the doctors treating Mr Raut, he will be discharged soon.

The Sena leader Tuesday tweeted from his hospital bed, quoting lines purportedly written by legendary poet Harivansh Rai Bachchan, to reaffirm his party’s resolve to succeed and not give up.

However, many people pointed out that the couplet quoted by Mr Raut was not penned by Harivansh Rai Bachchan.

Meanwhile, several leaders including BJP’s Ashish Shelar and Harshvardhan Patil met Mr Raut in hospital. However, Mr Shelar made it clear that his visit was only to enquire after Mr Raut’s health and had no political motive behind it.

“I went to see him as an old friend. He has been advised by the doctors to rest and speak less. It’s my courtesy visit and nothing to do with the current political scenario. It’s in our culture to meet people who are unwell irrespective of political differences,” Mr Shelar said.

“We wish now that he speaks less because we are concerned about his health,” he added.

Mr Raut was admitted to the privately–run Lilavati Hospital Monday after he complained of chest pain. Hours later, he underwent angioplasty as investigations revealed two blockages in his arteries.