Despite being a left activist, Sen is being accused of inciting right-wing people into rioting at Bhima-Koregaon. 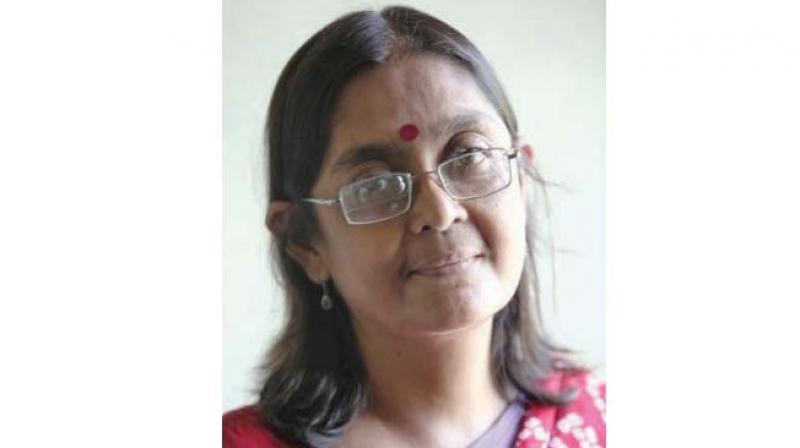 Pune: During Shoma Sen’s bail application, her advocate, Rahul Deshmukh, said that despite being a left activist, Sen was being accused of inciting right-wing people into rioting at Bhima-Koregaon and that the police’ argument was illogical.

Advocate Deshmukh argued, “The police has claimed that Ms Sen’s name is written in the letters they got from Rona Wilson and Surendra Gadling’s hard discs and those written by Milind Teltumbade. First, how can she be responsible if her name is written somewhere? Besides, these letters have all other information in sign language but her name alone is written clearly.”

He further said, “As per the police, Ms Sen raised funds for the banned Maoist party. But there is no physical evidence of it as there were no transactions through her bank account apart from her salary.”

Surendra Gadling, who argued for himself, said that invoking Unlawful Activities Prevention Act (UAPA) was illegal and that the police was framing him owing to its earlier threats of framing him if he did not stop taking the cases of tribals and dalits.

Advocate Deshmukh on Friday argued for Ms Sen’s bail at the special court of K.D. Wadane in Pune. “Leftists are called separatists and hence, anti-national. And thus leftists incited right-wing people into rioting at Bhima-Koregoan. Isn’t this illogical?” he said.

Advocate Deshmukh also said the UAPA clearly said that the accused should have carried out an act for the cessation of the nation whereas Ms Sen had not been involved in any such act.