The police said that according to the post-mortem report, Aparna was attacked from behind. 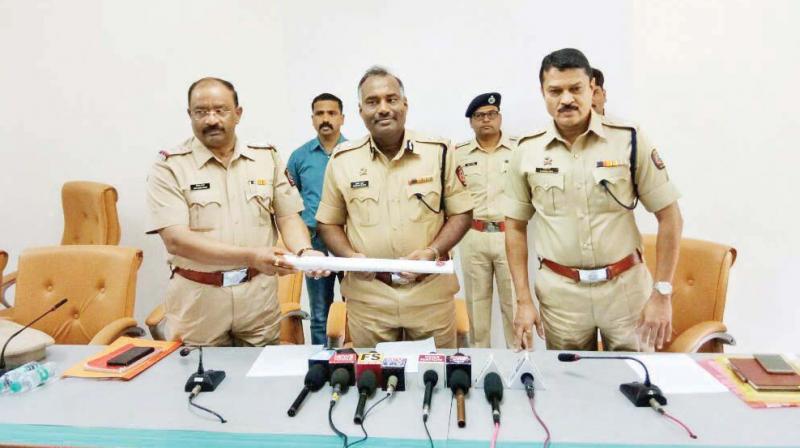 The police said they recovered a weapon with the help of the dog squad.

Mumbai: The Navi Mumbai police has arrested a 76-year-old woman’s nephew and his friend for slitting her throat as well as that of her 30-year-old daughter-in-law at their residence at Nandgaon, Panvel on Tuesday night due to a property feud.

The accused, Satish Khutle, and his friend Rajan Udare had visited his aunt, Sheetabai Khutle, to kill her but decided to first kill her daughter-in-law, Aparna, as she had seen them entering the house and could have turned witness, said the police.

According to the police, the incident came to light around 8 pm when neighbours happened to enter the deceased’s house. The neighbours immediately informed the police and other villagers about the same. The accused were hiding near their farm before three teams of the Navi Mumbai police nabbed them.

DCP Rajendra Mane said Sheetabai’s son and grandson was not present when the incident occurred. “The grandson went for a job interview and son had gone for work. Sheetabai and her nephew had had several disputes for past the few years. During interrogation, Khutle he said killed Sheetabai because she had sold land and didn’t give him part of the money.”

The police said that according to the post-mortem report, Aparna was attacked from behind. as there is a cut on her back. She also sustained injuries in her neck, chest and hands.

Mr Mane said, “Teams from Unit 2 of the crime branch and central unit, the Panvel city police, the dog squad and forensic department were at the scene of the crime.”

The police said they recovered a weapon with the help of the dog squad.