According to BMC data, 4,310 buffaloes were slaughtered on the occasion of Bakri Id. 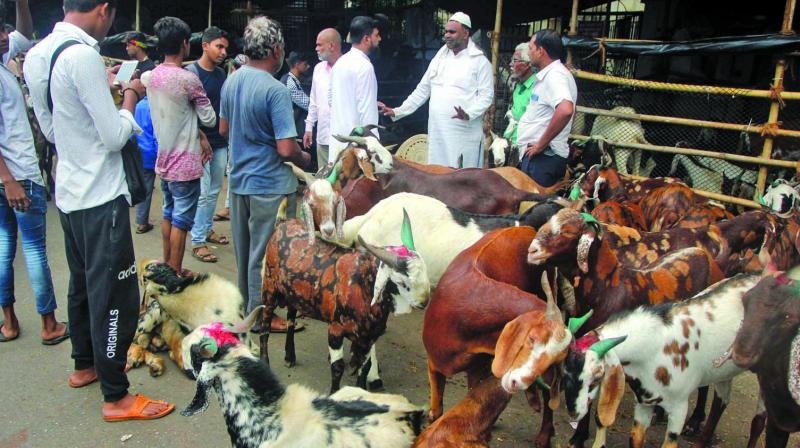 Mumbai: The Jiv Maitri Foundation is planning to file a contempt petition against the BMC, police commissioner and state government for not implementing the Bombay high court order prohibiting animal sacrifice inside flats and building premises (without a no-objection certificate) and on streets. The said order also directs the BMC to strictly implement its policy pertaining to animal sacrifice during Bakri Id to maintain hygiene and safety.

Advocate Raju Gupta, who represents the foundation, told The Asian Age that many people had tweeted and shared videos on WhatsApp regarding the violations that had been taking place in various places of Mumbai. He said he would file the contempt petition in a few days after collecting and compiling evidence.

According to BMC data, 4,310 buffaloes were slaughtered on the occasion of Bakri Id. A total 225,358 sheep and goats arrived at the Deonar abattoir out of which, 197,525 were slaughtered Monday.

One Rajesh Bhanushali Dama tweeted along with a video that he had made 100 calls to the police but no one came to stop the illegal sacrifice in his society. Mr Dama tagged the video to the police commissioner and the municipal commissioner.

The Bombay high court only last week passed an order on a bunch of petitions and held that goats and sheep could not be slaughtered inside flat and building premises without necessary permission from the society and the BMC.

The court also directed the civic body to designate a community space for animal slaughter during festivals. Societies located within a 1km radius of such spaces would not be allowed to slaughter animals.