The MMRC has asked 15 plots of South Mumbai from BMC for its Metro III project. 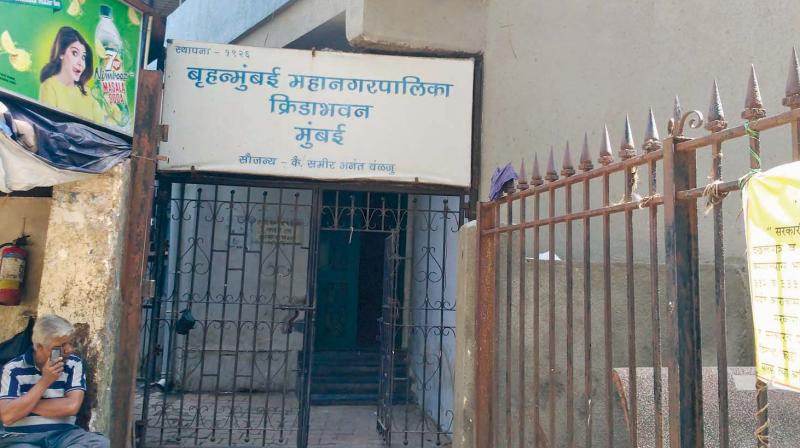 The 90-year-old BMC gymkhana is located at Azad Maidan in South Mumbai.

Mumbai: Around 300 square metre of land belonging to the more than 90-year-old Brihanmumbai Municipal Corporation (BMC) gymkhana located at Azad Maidan in South Mumbai, may be used for Metro-III work. The Mumbai Metro Rail Corporation (MMRC) authorities have forwarded a proposal to acquire that patch of land from the BMC. The civic improvement committee will visit the patch of land on August 15 to examine it before approving the proposal.

However, the Metro authorities have not specified the usage of the 300 square metre land after acquiring it. “We have decided to visit the plot on August 15 and examine it with other committee members. Then it will be tabled before the civic improvement committee for approval,” said Anant Bala Nar, chairman of the improvement committee. According to the staff present at the Gymkhana, the MMRC already made a demarcation of plot it needed. A portion of land that is located behind the structure was demarcated. The 300 square metre area was being utilised as a common resting place for the players.

The Gymkhana, which was formed back in 1926, provides a platform for BMC officials to practise several sports activities like table tennis, carom, badminton, etc., and also sends the officials to participate in sports activities at an international level. It has been hardly two weeks that a junior level BMC officer Rajesh Mukdam won gold medal in table tennis at an international sports event in Sri Lanka.

The MMRC has asked 15 plots of South Mumbai from BMC for its Metro III project.