Maharashtra Council, Assembly were adjourned over protest against Nanar project. 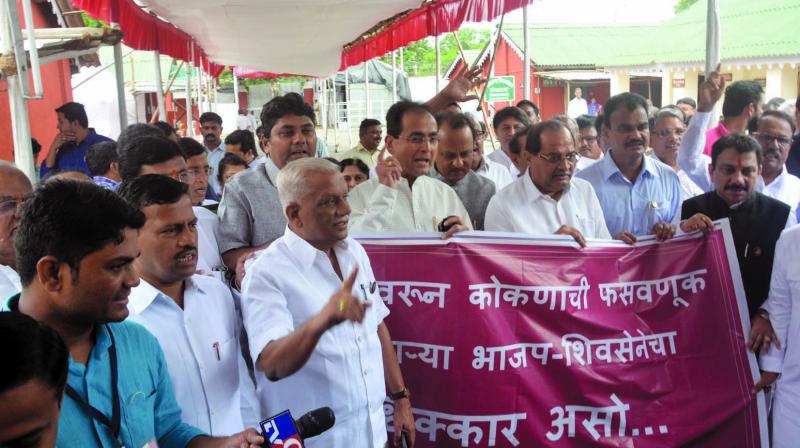 Mr Chavan said why the BJP government was insisting on refinery in Nanar, which was opposed by their alliance partner as well as Congress, NCP, PWP and the people of the area. He added that if the Modi government was keen to set up the refinery then they should either shift it to Gujarat or Saudi Arabia.

Earlier in the day Opposition leader Radhakrishna Vikhe-Patil and group leader Ajit Pawar moved an adjournment motion under rule 57, and asked Speaker Haribhau Bagde to suspend the Question Hour and take up discussion on Nanar Refinery which was vehemently opposed by the BJP members.

Joining Vikhe Patil, Bhaskar Jadhav (NCP) informed the House that the distance between Nanar Refinery project and Nuclear Power Project in Jaitapur was 1,200 metres and in case of any eventuality not only 17 adjoining villages but neighbouring Sangli and Satara districts and entire Konkan region will be worst hit, the leaders said

Meanwhile, NCP and Congress continuing their tirade in Legislative Council slammed the state government over Nanar green refinery project. NCP leader Sunil Tatkare moved an adjournment motion in the Council that was supported by Shiv Sena MLAs. Amid the ruckus in the House, the chairman adjourned the proceedings.

Mr Tatkare pointed that, industries minister Subhash Desai had announced cancellation of land acquisition for the project to which chief minister Devendra Fadnavis cleared that, it was his personal opinion. Mr Tatkare further said that, no action was taken against Sena MLAs and Congress MLA Nitesh Rane who snatched the mace from the Speaker’s table in the Assembly on Wednesday.