Two teenagers were arrested by the Marine Drive police officers. 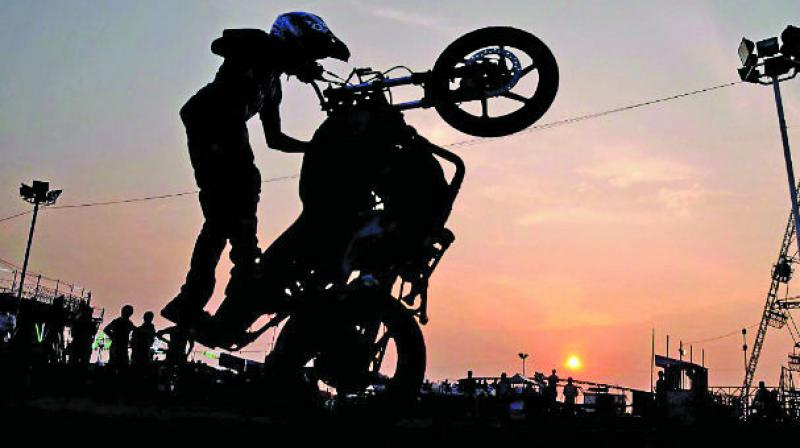 Representational image of a bike stunt being performed.

Mumbai: The Marine Drive police arrested two South Mumbai teenagers early on Wednesday for allegedly performing stunts in their superbikes on the sea face area in Marine Drive to impress young women present there. The police said the duo was part of a group of four who were performing stunts, in the process endangering others’ lives and creating ruckus on the street. Two friends of the arrested duo managed to flee the spot and a hunt is on to nab them.

Officials of Marine Drive police station said the duo was performing stunts on their superbikes along with two other bikers near the sea face, by skidding their tyres on the road loudly and racing their vehicles at high speed. Mohammad and Jedh allegedly tried to flee but were caught near the nakabandi at the Islam Gymkhana.

Vilas Gangawane, senior police inspector of Marine Drive police station, said, “We have arrested the two bikers and detained their bikes. The duo has been booked under sections 279 and 336 of the IPC that pertains to rash driving on a public way and act endangering life or personal safety of others.”

The police arrested the duo as they were posing as a threat to people who were sitting near the sea face and relaxing. The teenagers were granted bail on Wednesday evening. The police is searching for the other two bikers, who are also South Mumbai residents.