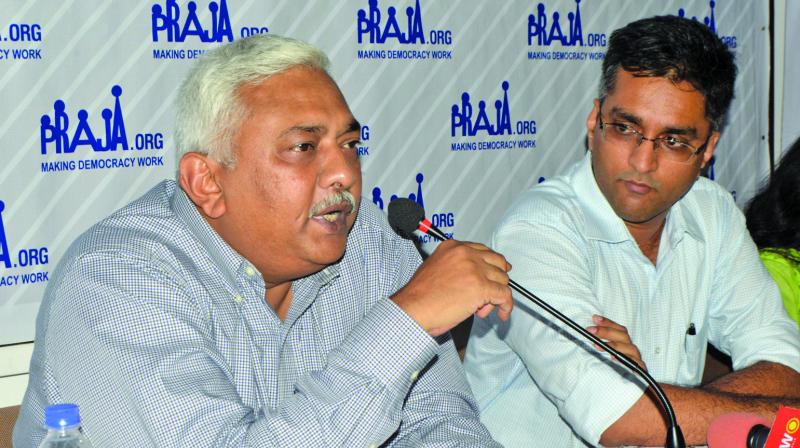 The data taken by Praja via RTI says that authorities have much to worry about. (Photo: Debasish Dey)

Mumbai: Despite a spurt in dengue cases in Mumbai in the period between 2012 to 2017, wherein the number of recorded case jumped from 4,867 to 17,771, and the number of deaths spiked from 63 to 120, state dispensaries/hospitals, allegedly continue to use the outdated Rapid Tests for diagnosis, instead of ELISA tests, claims, an NGO Praja, which released its health report on Wednesday.

Last year, the state department had asked Brihanmumbai Municipal Corporation (BMC) health officials to use ELISA tests for diagnosis due to an increase in the number of false positive cases. However, as the officials continued to use the old tests, many dengue vulnerable wards like Mankhurd, Bhandup, Andheri (west) and Mulund reported zero cases of dengue, despite reporting a number of deaths, claims the report.

According to the report, while the dengue cases in state hospitals/dispensaries were reported to be 17,771, the total estimated number of cases as per the survey was as high as 1,09,443. The corresponding figures for malaria were 11,607 cases and 90,703.

Milind Mhaske, Project Director of Praja Foundation, said, “ We are procuring data through RTI from 171 civic health posts and 26 hospitals, including five state-run hospitals and the continuing increase in cases of major diseases such as these indicates that various authorities in Mumbai have much to worry about. The BMC and  other governmental authorities must ensure that Mumbai becomes healthier,” he added.

The chairperson of public health committee, Rohini Kamble from the BMC, said: “We need to verify the data and the claims of the NGO. Dengue, malaria and other vector-borne diseases are under BMC’s eye, and we are creating awareness about them. ”