Two years ago, the DRI had similarly written to Air India authorities after a spurt in seizures connected to its passengers/staff. 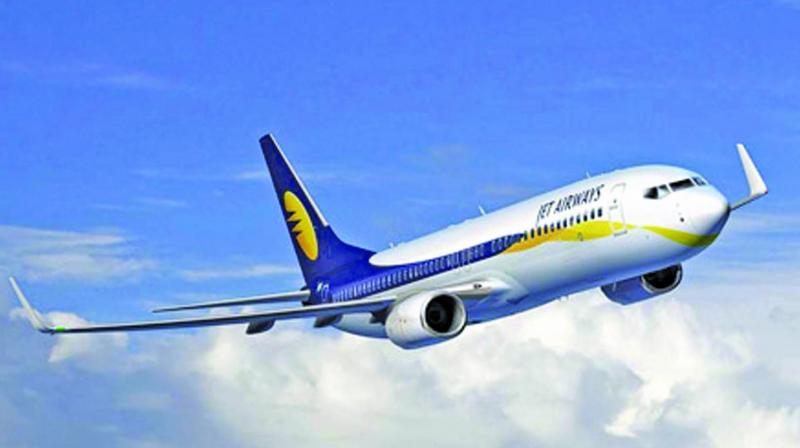 Jet has been asked to step up its vigilance efforts.

Mumbai: After action was taken against three Jet Airways employees for their abetment to smuggle gold out of Chhatrapati Shivaji International Airport, the Directorate of Revenue Intelligence has written to Jet asking it to increase vigilance and take steps to curb such cases.

According to airport customs data, between April 2016 and March 2017, there were 51 cases of seizures of gold/currencies/diamond made from Jet Airways’ passengers/ staff. In the same period, 32 such cases were recorded featuring passengers/ staff of Air India, and 15 each with Indigo and Emirates. However, Jet also operates the most number of flights to the middle-east, a route in which gold smuggling is usually seen. This is not the first time the DRI is writing to an airline over smuggling cases.

Two years ago, the DRI had similarly written to Air India authorities after a spurt in seizures connected to its passengers/staff.

On May 31, the DRI had registered a case against Nadeem Ansari (29), a Jet Airways supervisor who cleared gold at the airport. Ansari allegedly admitted he would help remove the gold from the ferry bus and earned around `25,000 for each clearance. Two other Jet employees were found assisting Ansari on this occasion, due to which Jet suspended them along with Ansari.

As a result of Jet topping the number of smuggling cases recorded this year, and the action taken against three Jet employees for the May 31 incident, the DRI on June 21. The letter mentioned cases date-wise, pointing out the need for the airline to implement some internal regulations for their staff and come up with better coordination among each other.

According to customs data, from April 2017 to June 2017 too, Jet Airways topped smuggling cases with 15 cases (with or without staffers) followed by Emirates (9), Air India Express (4), Ethiopian Airways (3) and Indigo (2 cases).

Sources said Jet officials have been asked to sensitise their staff of the repercussion of indulging in illegal activities. “The airline staff at airport lacks coordination and has been pointed out to work on the same. Many times the Customs officers have also asked the airline to create an awareness among the airline staff only to get no response from them,” claimed a source.

Jet Airways on its attempts to improve the situation said, “As a law-abiding carrier, Jet Airways is equally concerned to note the rise in such incidents and has undertaken series of strict measures, aimed to discourage and contain such instances. The measures include stepping up ramp-side vigilance, stronger surveillance, tighter security checks, stringent background verification, surprise audits, as well as frisking during airport entry and exit. The airline has also reinforced its processes and rolled out advisories to regulate the usage of Airport Entry Passes. Jet Airways is committed to curb the menace and is working in close cooperation with law enforcement authorities for appropriate enforcement. Jet Airways has a strict employee code of conduct, based on values and ethos of the airline. The carrier has zero tolerance towards any action of its employees that contravene laws of the countries of its operations.”