The crime branch officials are searching for the video that is stated to have been shot by one of the arrested jail staffers or the inmates. 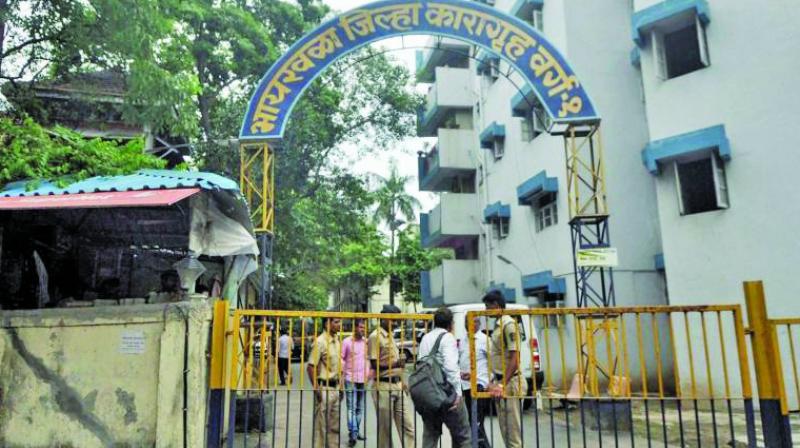 The entrance of the women’s prison in Byculla.

Mumbai: In a twist to the Byculla women’s prison inmate Manju Shetye’s murder case, investigators have learnt that a video of assault on her was shot using a phone camera. The crime branch officials are searching for the video that is stated to have been shot by one of the arrested jail staffers or the inmates.

The video, which was shot inside the barrack, is important evidence of the attack as the CCTV camera did not cover the interiors of the barrack, where the assault took place, sources said.

The officials are scanning the phones of the six arrested accused to get the video, but it has not been found yet. They are also looking for phones inside the prison to ascertain which inmates had access to handsets, officials said.

“It’s a shocking information that a video of the assault on Shetye exists. Its purpose is also unclear. The video is yet to be found,” said a crime branch officer.

A preliminary findings by the Forensic Sciences Laboratory (FSL) of a Network Video Recorder (NVR) at the prison, have been submitted to the investigators.

According to the findings of FSL, jail staffers Manisha Pokharkar, Bindu Naikade, Waseema Shaikh, Sheetal Shegokar, Surekha Gulve and Aarti Shigane were captured on the CCTV camera while they were dragging Shetye to first floor barrack, where the fatal assault took place. The video shot on mobile phone hence becomes crucial as it could be the missing link between the CCTV camera footage and Shetye’s death, sources said.

The unit III officials also recorded the statement of one of the prison officials on Tuesday. A special all women four-member team is probing the case.

More officers have been provided to the core team. They have sought permissions to record the statement of inmates.

The custody of all the six accused is set to end on Friday, and they will then be produced before the Esplanade Court.