On Wednesday, while the state, MSRDC and contractor filed their replies, the ACB failed to do so. 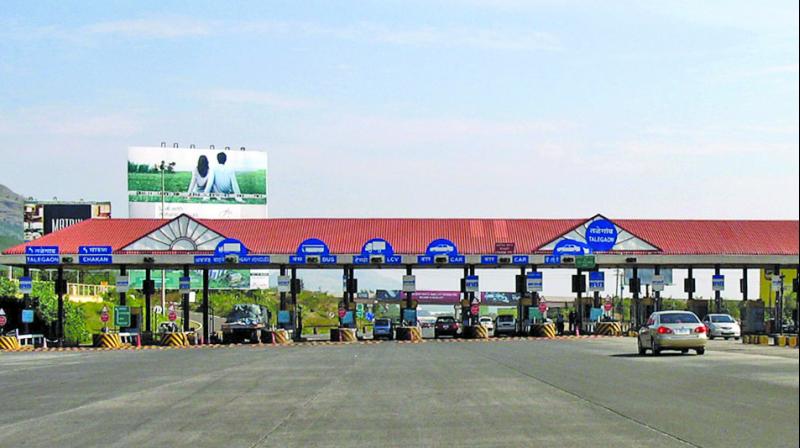 The petitioner alleging that there was no concession agreement between MSRDC and the contractor.

Mumbai: The Bombay high court reprimanded the ACB for not filing its affidavit in the Mumbai-Pune E-way toll collection scam despite the petitioner placing various documents on record to confirm the allegations that the contractor had pocketed the state by conniving with MSRDC officials to under report the toll collection amounts. In his affidavit, the chief secretary, transport, admitted that the composite toll collection for the expressway and NH4 had reached Rs 4,075 crore by May 2016. The court took cognizance of the revelation by the petitioner alleging that there was no concession agreement between MSRDC and the contractor, thus making the entire process invalid.

A division bench of chief justice Dr Manjula Chellur and justice N M Jamdar was hearing a public interest litigation filed by activist Pravin Wategaonkar wherein he had alleged that even though the Mumbai-Pune Expressway toll contract had achieved the stipulated contract amount of Rs 2869 crore the contractor was collecting toll and pocketing the excess money. Based on the allegations the court had asked the MSRDC, state, ACB and contractor to file affidavits in reply to the allegations.

On Wednesday, while the state, MSRDC and contractor filed their replies, the ACB failed to do so. The court asked the petitioner to serve a notice to ACB. The court also heard the allegations by another petitioner Shriniswas Ghanekar who alleged that there was no concession agreement between the contractor and MSRDC and thus the entire collection of toll was questionable.