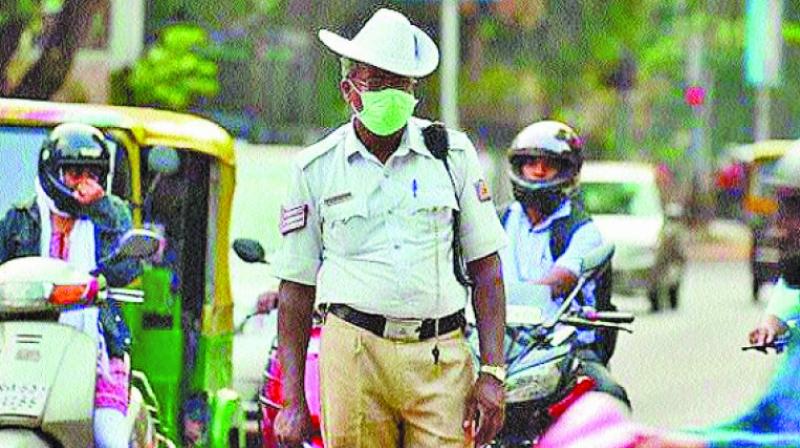 The court said its own experience with traffic police was very bad.

Mumbai: The Bombay high court on Wednesday asked joint commissioner of the traffic police division to file an affidavit about the steps taken to curb illegal gratification in his department. The court while hearing the petition said that the amount of money taken by the constable was not the issue but the practice itself broke public faith in the system was broken. The court said its own experience with traffic police was very bad and that traffic police spoke rudely with women.

A division bench of justice R.M. Sawant and justice Sadhana Jadhav was hearing a PIL filed by suspended traffic head constable Sunil Toke who alleged that there were many instances of corruption in the traffic department and provided video and pictorial evidence to support his claims. Toke had sought a departmental inquiry and registration of FIRs against errant officers.

The state ACB in March informed the court that it did not find any substance in Toke’s allegations as there were no supporting videos of money changing hands. The court on Wednesday said that it was dissatisfied with the report submitted by ACB. It further said, “How much money traffic police takes is not the issue here but the practice breaks the public’s faith.”

Justice Jadhav told additional public prosecutor Prajakta Shinde, “Our own experience with traffic police is bad. We know how traffic police speaks with women. Some mechanism must be put in place. Local people should not get harassed by traffic police,” said the court. Justice Sawant said, “In the olden days, local arms division constables were deployed at traffic divisions if there was a requirement but now dedicated people are selected.”

The court then asked the joint commissioner of traffic police to file an affidavit and kept the matter for hearing after three weeks.