The lawyer has argued that Khan should get life imprisonment and not death. 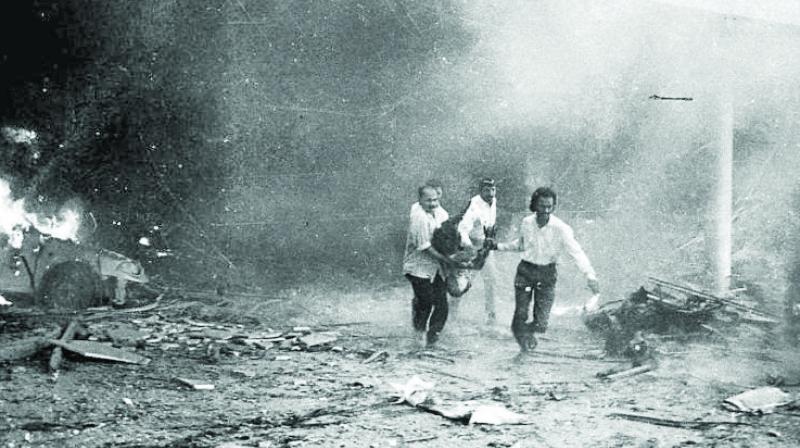 A series of bomb blasts had shook the city in 1993.

Mumbai: Lawyer Wahab Khan has sought life imprisonment for Firoz Khan who was convicted by a Terrorist and Disruptive Activities (TADA) Prevention Act court last month along with five others in the 1993 Mumbai serial blasts’ case. Wahab on Monday argued that Firoz’s role in the 1993 blasts was in connection with landing of ammunition at Diggi port and that he never attended the meeting in Dubai where the terror plot was
hatched nor did he go to Pakistan for training.

Arguments will continue on Thursday. Five were convicted on June 16 for hatching the 1993 Mumbai serial blasts’ conspiracy. The special TADA court held them under various sections of the IPC, TADA, Arms Act and Explosive Substances Act. Ever since, arguments on the quantum of punishment have been underway. The CBI has sought death penalty for Mustafa Dosa (who died at J.J. Hospital), Tahir Merchant, and Karimulla Shaikh and life imprisonment for Abu Salem and Riyaz Siddiqui.

Salem’s lawyer Sudeep Pasbola had sought lesser punishment for Salem and reminded the court that as per the extradition treaty with Portugal, he could not be given more than 25 years’ imprisonment.