The incident occurred on Wednesday around 12.40 pm outside the station when a slab of concrete sheet fell on Madhukar Narvekar. 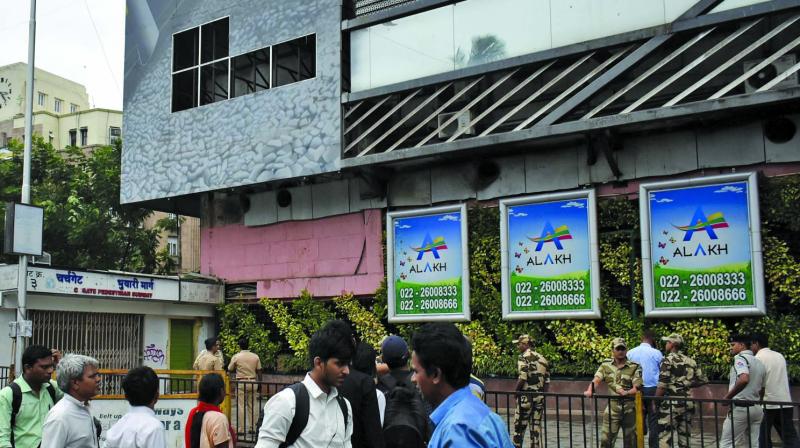 Mumbai: A 62-year-old man died after a cement sheet of a hoarding fell on him at Churchgate station in Mumbai. The incident occurred on Wednesday around 12.40 pm outside the station when a slab of concrete sheet fell on Madhukar Narvekar.

He was rushed to state-run Gokuldas Tejpal (GT) Hospital but was declared dead around 2 pm. “The deceased had an aberration and was bleeding profusely from his head. There were no other external injuries found. We tried to resuscitate him for an hour and declared dead when he did not respond. There were doctors from the Western Railway too, who were trying to stop his bleeding, but couldn’t succeed. The body has been sent for post-mortem,” Dr Mukund Tayade, GT Hospital medical superintendent.

There were several incidents of tree falling reported in the city. Over the past three days, owing to cyclonic conditions building up in the Arabian Sea, Mumbai and surrounding areas witnessed pre-monsoon thunderstorms that have claimed at least six lives so far.

In another incident in Bandra, three women were injured after an acrylic sheet from a skywalk fell on them. According to information re-ceived from the Brihanmumbai Municipal Corporation’s disaster management cell, the traffic police in Bandra reported this incident.

“The incident took place at around 1.24 pm on Wednesday afternoon. Few acrylic sheets flew off the portion of Bandra skywalk opposite Saraswat Bank on Swami Vivekananda Road. This resulted in a few injuries to pedestrians walking below,” an officer with police stated.

The police and BMC ward staff of the area were mobilised and they reached the spot.

In the wake of cyclone Vayu heading towards Gujarat state, the city’s disaster management department issued an alert. Mumbai police also requested people not
to stand below trees or park their vehicles under trees.