Azad Maidan police on Wednesday filed an additional report before the court. 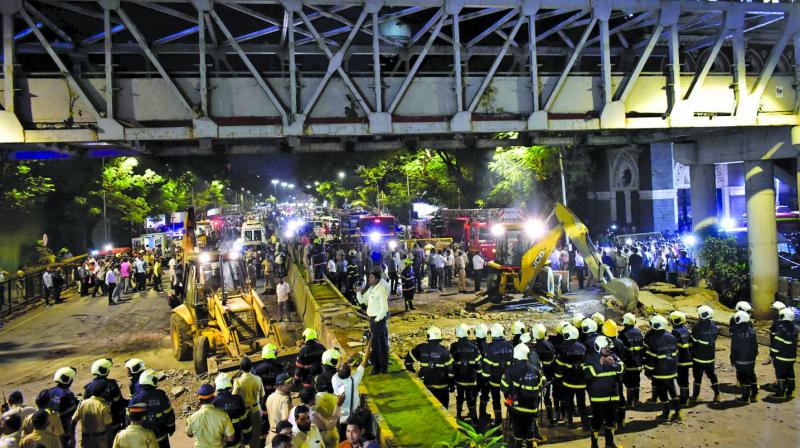 Mumbai: The Azad Maidan police on Wednesday informed the sessions court that it has received the report of forensic laboratory, which says the structural audit of the portion of Himalaya Bridge outside CSMT that collapsed was not done and the iron beam had become too thin. The police informed this to the court while opposing the bail application filed by Neeraj Desai, the director of the firm that had carried out structural audit of Himalaya Bridge.

Public prosecutor Mangesh Arote argued before the additional sessions judge Prashant Raj Vaidya that Desai had failed to examine the rusting of crucial iron pieces of the structure that led to the incident.

Desai had filed the bail application claiming that his firm had carried out the structural audit two years before the incident and hence he could not be blamed for the incident.

Azad Maidan police on Wednesday filed an additional report before the court. Public prosecutor Mr Arote informed the court that the police have received the detailed report of the sample sent to the government-run Veermata Jijabai Technological Institute (VJTI) for a forensic analysis.

Advocate Arote informed the court that the report has revealed that the metal had turned rusty and its thickness had also reduced. As an auditor, Desai was supposed to examine it and mention the same in his report but he did not do so.

The court has deferred hearing on Desai’s bail plea till Thursday. His bail application had been rejected twice earlier, once by the metropolitan magistrate and later by the sessions court.

The collapse of the CSMT foot overbridge had claimed seven lives and injured 30 on March 14.