Mithi River desilting only half finished

The BMC’s stormwater department says that the work is going slow in the stretch that falls under the jurisdiction of MMRDA. 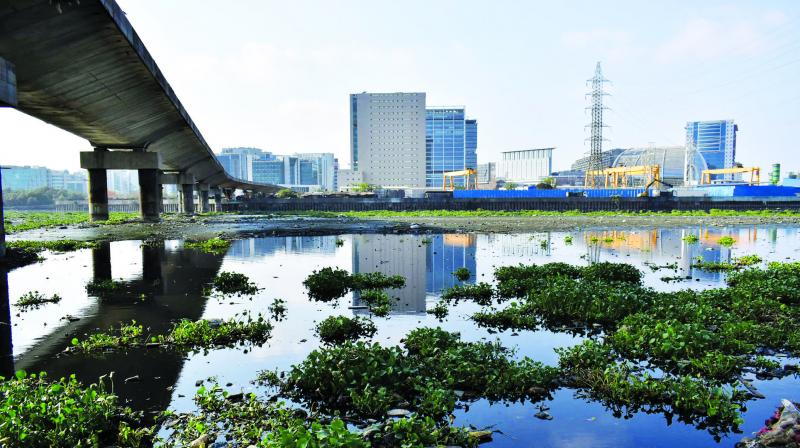 A view of the river from Dharavi. (Photo: Debasish Dey)

Mumbai: The desilting of the Mithi River, the largest stormwater drain in the city, is most crucial for drainage of rainwater to prevent water-logging. However, with hardly 15 days to the deadline for the Brihanmumbai Municipal Corporation (BMC) to complete the desilting of the water body, only 50 per cent of the work has been done.

The BMC’s stormwater department says that the work is going slow in the stretch that falls under the jurisdiction of Mumbai Metropolitan Regional Development Authority (MMRDA). The MMRDA in 2012-13 had handed over their stretch of the river to the BMC for desilting. “The desilting of the entire river is being carried by the BMC. However, the civic body’s trucks are not given easy access to the stretch under the MMRDA. The security staff asks for various permission letters, which is unnecessarily delaying the work. The stretch of Mithi in western suburbs around Vakola still has to be desilted,” said a senior officer from BMC’s stormwater drains department.

However, an MMRDA spokesperson refuted the claims, saying, “We have given permission to use the service road to the BMC contractor.”

BMC officers have also had meetings with senior MMRDA officers over the issue. “The BMC commissioner himself has written to the metropolitan commissioner to co-ordinate over the desilting work. Still, their co-operation has not been as expected. Desilting is crucial and the work is in public interest. However, it is getting unnecessarily delayed,” the officer said.