The activists will be filing their objections to the BMC for the proposed removal of 104 trees. 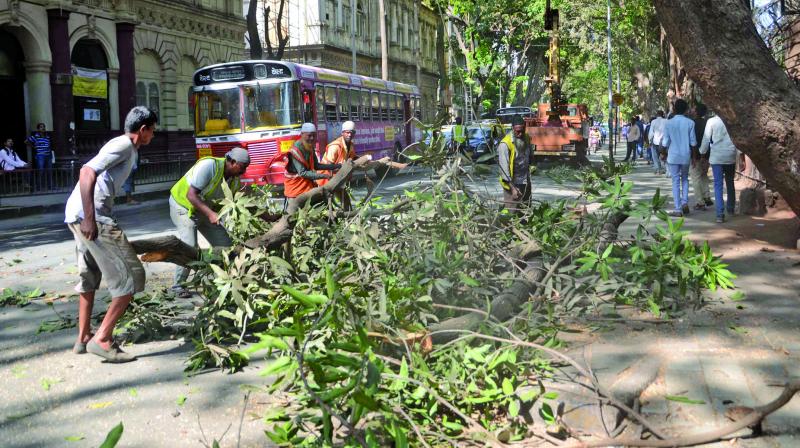 The BMC has been mentioning that the Coastal Road would connect south Mumbai to the western suburbs from Princess Street (Marine Drive) to Kandivali.

Mumbai: Environmental activists in the city are fuming after the Brihanmumbai Municipal Corporation (BMC) issued a public notice on the removal of 140 trees for the Bandra-Versova Sealink (BVSL). The activists have claimed that in the clearances by the ministry of environment and forest (MoEF) for the sealink there is no mention of trees being affected.

Tree activist Zoru Bathena said, “In the first place, there is confusion as to whether this stretch will be the north arm of the Coastal Road, which the Maharashtra State Road Development Corporation (MSRDC) will construct. But it is a sealink, which the MSRDC had received permission to build and there is no mention of the Coastal Road as such. The BMC has got its own permissions. However, for the BVSL, the MSRDC in its details to MoEF about if anything would get affected, made no mention of trees. The MoEF has allowed the MSRDC to use 150 square metres of mangrove land. But in another permission taken by the BMC for Coastal Road’s north arm, the permission includes removal of 500 trees if required.”

“The authorities should first make it clear if the BVSL will be the north arm of the Coastal Road or a separate sealink,” Mr Bathena added.

The activists will be filing their objections to the proposed removal of 104 trees. The last date for filing objections is May 21.

The new municipal commissioner, Praveen Pardeshi, has said that he would try to save older trees and plant maximum trees. Mr Bathena said that the activists would meet with Mr Pardeshi to save the city’s green cover.

The BMC has been mentioning that the Coastal Road will connect South Mumbai to the western suburbs and that road will be Princess Street (Marine Drive) to Kandivali. It had said that BMC would construct the southern part of the Coastal Road — from Princess Street to Worli Seaface — and from there the road would connect to the already-built Bandra-Worli sealink. And it was said that the further northern stretch that is from Bandra to Kandivali/Versova would be constructed by the MSRDC.

However, activists are saying that the authorities should clarify if the BVSL and north part of Coastal Road is different.