The State government has issued a public notice pertaining to the judicial commission to probe the Bhima-Koregaon violence on January 1. 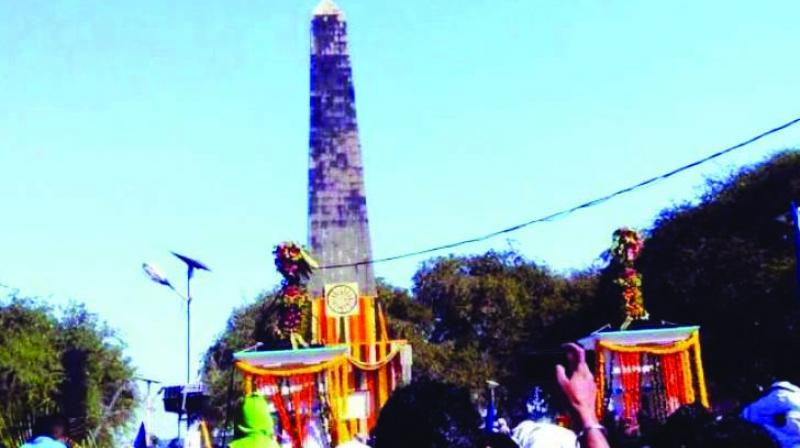 The memorial to the Battle of Bhima-Koregaon.

As per the public notice, the judicial commission will probe the sequence of events and the reasons that led to the Bhima-Koregaon violence and its consequences. It will investigate whether any specific persons or groups were directly or indirectly responsible for the crime.

It will look into whether the police, collector and other government officials were prepared enough to tackle the riots at the time they occurred. The judicial commission will suggest short and long term solutions to avoid such incidents in future.

The public notice also appeals to persons who personally witnessed the violence, the victims and have knowledge about the incidents leading up to the violence and those in its aftermath to submit their representation before the commission.

All the documents should be submitted to the commission within 30 days at the office of the chief information commissioner opposite Mantralaya and the tahasildar’s office in Pune. The informer’s identity will be kept under wraps.