The police will begin recording the statement of Roy’s family members, including his cook and house help. 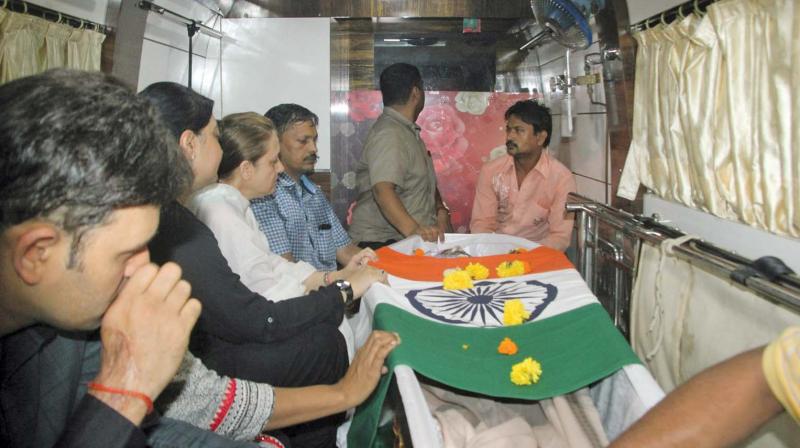 The Forensic Sciences Laboratory analysis reports will also be part of the probe.

Mumbai: A day after senior IPS officer Himanshu Roy was laid to rest, the police said that there seems to be no suspicion over the incident. However, the police stated that they would take the investigation to its logical conclusion as per procedure. The Forensic Sciences Laboratory (FSL) analysis reports, based on the samples collected from Roy's residence, will also be part of the probe, officials said.

The police will begin recording the statement of Roy’s family members, including his cook and house help. The statement of his friends will be recorded first, officials said. Senior police officers privy to the investigation, however, refused to divulge anything on the details of suicide note or the circumstances of his suicide. When asked about the licensed weapon he possessed, an officer said, “He was an officer like us and following the shocking incident, there has been a consensus that nothing will be revealed.”

Meanwhile, the Roy family issued a statement on Saturday stating that the family needs its privacy. A prayer meet will be held soon for the officer's near and dear ones.

“Himanshu was a very spiritual person and we know that he would like all the ceremonies carried out for his funeral. This is our main focus right now. He lived with grace, dignity, courage, honour, intense patriotism and proud commitment to duty. We, in our own small way, are trying to follow in his footsteps as we navigate this most difficult phase on our lives,” the statement said.