Mr Nihlani also claimed that Bollywood had been given a status of industry owing to his efforts. 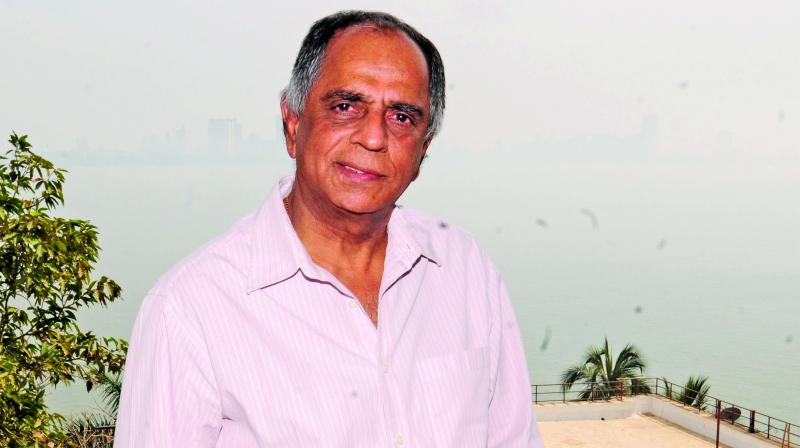 Mr Nihalani told The Asian Age on Friday, “It was an individual responsibility of chairmanship of CBFC. It was the government’s decision whether to keep me on helm of affairs or not. I don’t have any grievances.” He further said, “ This is matter of the country and when it comes to the ruling of the country, we will have to choose a good administrator. Mr Modi is doing work with passion for the country.”

He further also said, “I don’t have any grievances about having been asked to step down from the post. I have done my work and it is for the people to perceive my work as right or work. Me being sacked or otherwise is an individual matter.”

In the backdrop of Nihlani's video, general secretary of Mumbai BJP and vice-president of the Film City Amarjeet Mishra said that all the artists who are opposing Mr Modi are doing it for the sake of cheap publicity.

Mr Mishra said, “Those opposing Modiji are retired artists and are seeking media attention. In fact, the Modi government, has interacted with all sections of the society including film fraternity.” Mr Mishra also added that the whole video of “Chowkidar Teri Chowkidari Se” would be released in the next two days.

In August 2017, Mr Nihlani began running into controversies with film producers over cuts, beeps and disclaimers forcing IB minister Smriti Irani to replace him with Prasoon Joshi unceremoniously. His term was to end in January 2018.  He said that the government, be it under leadership of late Prime Minister Atal Bihari Vajpayee or current regime has been the most Bollywood friendly government so far.

Mr Nihlani also claimed that Bollywood had been given a status of industry owing to his efforts.