Chetana Sharma, who travels from Andheri four bungalows to Andheri station, said that the fare hike did not affect her as hers was a short journey. 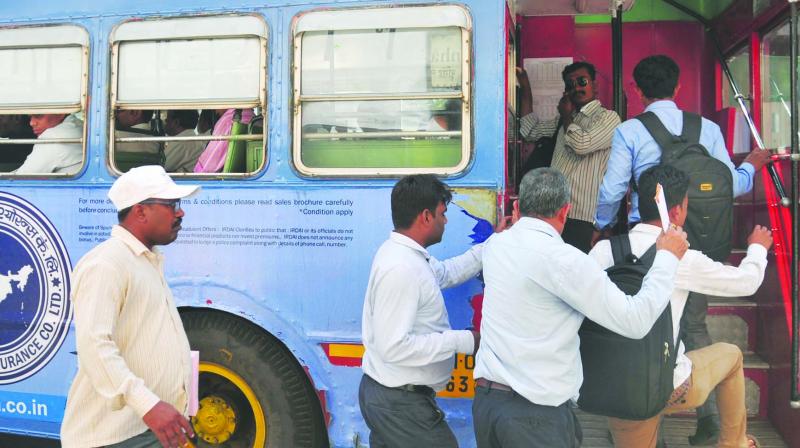 The BEST also raised the price of monthly passes by Rs 40 to Rs 360.

Mumbai: Commuter reaction to the BEST fare hike implemented from Thursday has been a mixed bag. While short-distance travellers have remained unaffected, long-distance travellers have felt the pinch as they have had to shell out up to Rs 1 to Rs 12 more for the ride. However, they said that they had no option but to pay up as there was no alternative mode of transport available for them.

Chetana Sharma (30), who travels from Andheri four bungalows to Andheri station, said that the fare hike did not affect her as hers was a short journey. “I am happy that the BEST has given a thought to short-distance passengers,” she said.

Whereas, Moonu Surendra Pratap (28), who travels from Bhandup Sonapur to Mahape for official work, had to shell out Rs 26 for a journey which otherwise cost him Rs 21. “I was shocked when the conductor asked me to pay Rs 26 for Mahape. When I enquired about it with the conductor, he replied that bus fares for long distances have been revised,” he said. While the hike will impact his travel expenditure and monthly budget, Mr Pratap said, “As there is no other appropriate means of transport from Bhandup to Mahape, I will have to pay the increased fare.”

Beginning Thursday, the BEST revised fares for distances over 4km, with commuters having to pay between Rs 1 and Rs 12 for such journeys. The BEST also raised the price of monthly passes by Rs 40 to Rs 360.