MSRDC gets only one bid for BWSL toll collection

The sole bidder is Mumbai Entry Point Limited (MEP), the company, which is currently collecting toll at the BWSL. 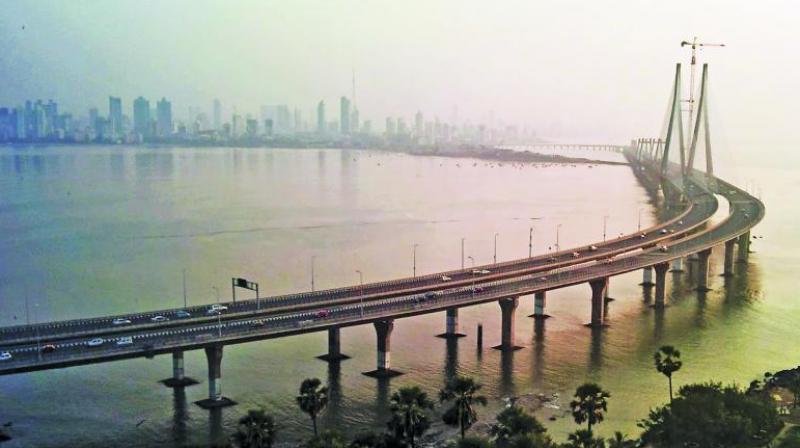 Currently, MSRDC earns about Rs 1.50 crore per week in toll at the BWSL, which has around 45,000 vehicles ply on it every day. (Representational Image)

Mumbai: Efforts by the Maharashtra State Road Development Corporation (MSRDC) to get upfront money by securitising toll collection at the Bandra Worli Sea Link (BWSL) has got only one bidder, despite giving a month’s extension. The sole bidder is Mumbai Entry Point Limited (MEP), the company, which is currently collecting toll at the BWSL. It may be mentioned here that three years ago too, MEP was the only firm that bid for the toll collection contract.

Currently, MSRDC earns about Rs 1.50 crore per week in toll at the BWSL, which has around 45,000 vehicles ply on it every day. MEP has been collecting toll on the 5.6-km sealink on a weekly upfront basis ever since it was opened to traffic in 2009.

“Initially, around three companies had shown interest but even after extending the bids we did not get bid from anyone, except the MEP. We have opened the bids following the guidelines. MEP has qualified in the technical bid. The financial bid is currently under evaluation,” said, Rahul Jadhavar, engineer of MSRDC.

According to the bid condition, MEP will have to install solar panels on the sealink. It will bring down the power bills and pave way for green energy. According to MSRDC there has been poor response from bidders since the traffic on the BWSL has not increased much. MEP’s toll collection for the last contract awarded ended in February.

The MSRDC has asked for Rs 380 crore upfront payment for the next three years from the company wanting to operate and maintain the BWSL instead of taking it on a weekly basis, probably the reason why it is not finding many bidders.