The authority wants to construct an International Financial Services Centre (IFSC) on the plot, which the Railways want for the bullet train terminal. 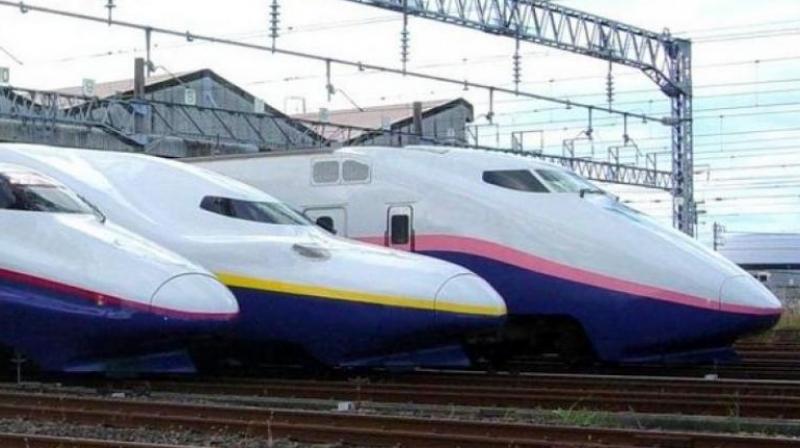 Mumbai: As per some reports, the sate government has agreed to spare land at the plush Bandra Kurla Complex (BKC) for Prime Minister Narendra Modi’s pet project – a bullet train terminal connecting Mumbai-Ahmedabad. However, the Mumbai Metropolitan Region Development Authority (MMRDA) claims that the state has not given any permission to the Railway Ministry to use the land till date.

When contacted, MMRDA metropolitan commissioner, UPS Madan said, “The state government is yet to give permission.” Mr Madan also said that he was unaware of the MMRDA not allowing NHSC agency to conduct soil testing last week. Despite repeated attempts, chief minister Devendra Fadnavis and NHSRC director Mukul Saran Mathur were unavailable for comments.

The MMRDA has also pointed out that the land rate in BKC is very high. The authority wants to construct an International Financial Services Centre (IFSC) on the plot, which the Railways want for the bullet train terminal.

According to the detailed project report proposed by Japanese International Corporation Agency (JICA), while most part of the corridor is proposed to be on the elevated track, there will be a stretch after Thane creek towards Virar, which will run under the sea. Rolling stock and other equipment like signalling and power system will be imported from Japan as per the loan agreement.

Railways has already allotted Rs 200 crore for the Special Purpose Vehicle (SPV), in which Maharashtra and Gujarat will have equity of 25 per cent each and the Indian Railways will have 50 per cent.