When Mr Srinivasan was approached seeking his side on the proceedings, he refused to comment. 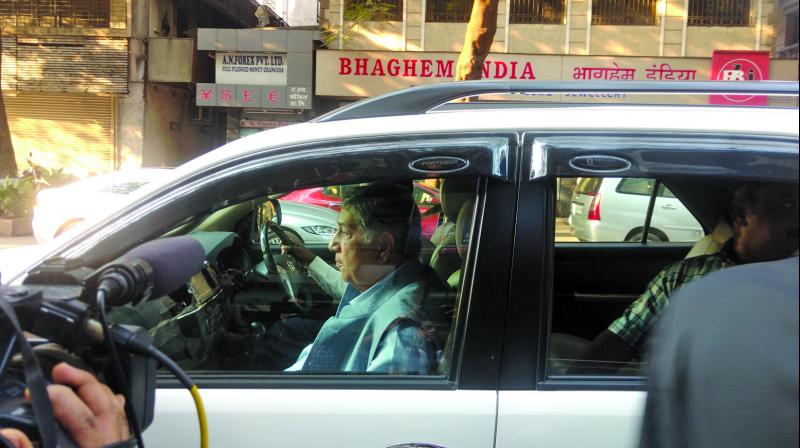 N.Srinivasan pushed on the blame to the then treasurer.

The cross-examination of BCCI officials is underway before the special director of ED following Modi’s lawyers filing a writ before the Bombay high court seeking verification of their roles in the transfer of over Rs 400 crore to Cricket South Africa (CSA) for hosting the IPL season there in 2009.

“The case took a curious turn today as Srinivasan pushed on the blame to Shashank Manohar and M.P. Pandove, the then-treasurer of BCCI. He displayed selective amnesia, but did blame both of them, stating that the president and treasurer, who worked under Manohar following his orders, had the powers to act and not him,” said Mehmood Abdi, former IPL commissioner and chairman Lalit Modi’s lawyer.

The most important questions were allegedly turned down by Srinivasan. Mr Abdi added that in the ongoing process of passing the buck, Modi was however not named by either of them during their cross examination.When Mr Srinivasan was approached seeking his side on the proceedings, he refused to comment.

The apex court cleared Mr Srinivasan’s name from trying to cover up the probe but barred him from running for election of BCCI president again while in capacity of owning an IPL franchise Chennai Superkings.