Sunday had to leave their fellow protesters’ hands merely 60 kilometers before reaching their destination. 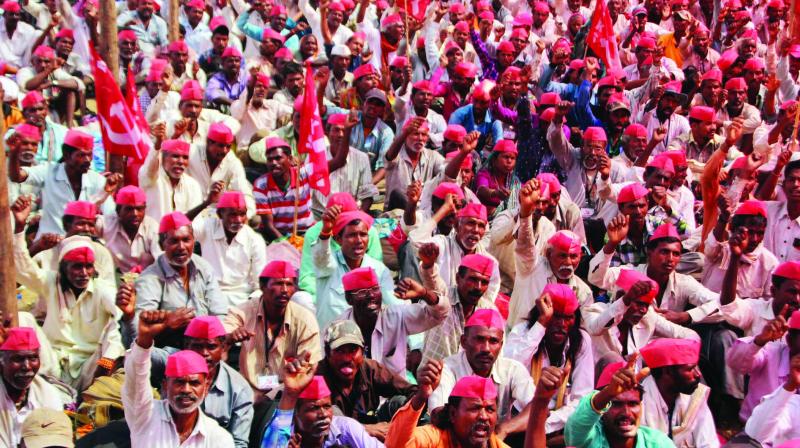 Mumbai:  Five farmers, who were a part of the protest, were admitted in Kalva’s Chhatrapati Shivaji Maharaj Hospital on Monday. A farmer was rushed to the hospital for an emergency appendix operation. Another farmer, who was injured while walking barefoot, had to undergo a quick operation to get the glass piece removed from her foot. Three others were admitted due to fatigue and stress.

According to a protester Siddhesh More, five farmers who were a part of the protest march that started from Nashik last Tuesday and reached South Mumbai’s Azad Maidan on Sunday had to leave their fellow protesters’ hands merely 60 kilometers before reaching their destination. The five farmers admitted in the hospital have been identified as Chintu Gosavi (38), Shantaram Joshi (46), Vivek Dalvi (49), Amruta Davit (47) and Somnath Mandhre (58).

According to Mr More, Somnath Mandhre, a farmer from Nashik, who had an appendix condition had to be admitted immediately after his appendix pain escalated. Mandhre was rushed to the hospital and was operated on. On the other hand, Amruta Davit, who was walking barefoot in the march, accidentally pricked her foot with a glass piece near Kalva’s Kalyan Bypass road, following which even she had to be rushed to the hospital. The other three farmers had collapsed due to extreme heat, fatigue and stress.