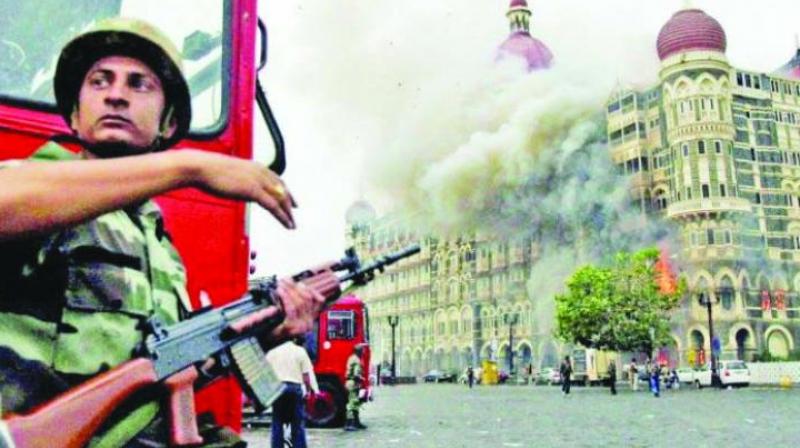 Mumbai: The prosecution in the 2008 Mumbai terror attacks case on Monday informed a sessions court that the file (office copy) containing details of sanction for intercepting calls between the terrorists and their handlers during the attacks was destroyed in the Mantralaya fire of 2012.

The court is conducting the trial of accused Zabiuddin Ansari alias Abu Jundal, who is allegedly one of the terrorists' handlers.

On Monday, the prosecution called the then-additional chief secretary Chitkala Zutshi as witness, as she had accorded sanction to intercept the calls between the terrorists and their handlers on the application made by the then-ATS additional commissioner of police, Parambir Singh.

During her cross-examination, Jundal's lawyer Khan Abdul Wahab requested the court to direct the prosecution to produce the file containing the details of the sanction accorded by Ms Zutshi. Following the court order, Mr Nikam informed the court that the copy sought by the defence had been burnt in the fire at Mantralaya in June 2012.

"The file sought by the defence was the office copy and it was burnt in the fire at Mantralaya, but it doesn't make much difference because the original copy of that file was already submitted to the court when the trial was going on against Ajmal Kasab (the lone arrested terrorist)," said Mr Nikam, speaking to The Asian Age.

On the other hand advocate, Mr Khan said, "The file contained all the records, and when we asked for that file for inspection, the prosecution brought a report from Mantralaya that the said file was burnt in the fire."

Based on the fact that the file was burnt, Mr Khan had put it to Ms Zutshi that she didn't receive any proposal for sanction, she didn't accord any sanction and that the sanction file never existed. Though the witness denied all these claims.

It may be recalled that in an emergency situation, a DCP has the power to intercept calls and get a sanction within a week and the same practice was adopted during the Mumbai terror attacks.