The interveners have stated that Singh was of a young age and had not complained of heart problems before this incident. 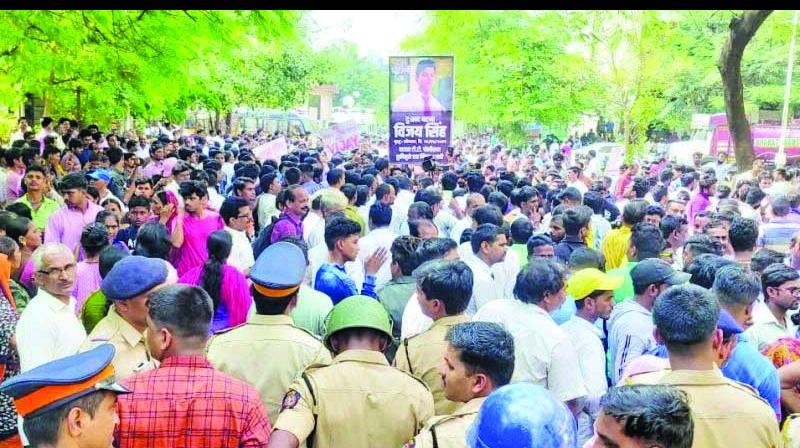 M.H. Sayeed, the acting chairperson of the MSHRC, raised this question while hearing a suo motu petition into the death of the 25-year-old in police custody. The Temple of Human Dignity, an NGO, and a city-based lawyer Dipak Chattopadhyay have intervened in the matter, claiming human rights violations.

The interveners have stated that Singh was of a young age and had not complained of heart problems before this incident. They have claimed that two post-mortems were conducted on Singh’s body. While JJ Hospital’s report stated that the dea-th was natural, the post-mortem report of KEM Hospital is yet to be submitted. They have deman-ded that the report be submitted as soon as possible.

During hearing the arguments, Mr Sayeed asked the reason behind suspending five policemen if Singh’s death were natural. When the police informed the commission that further probe in the matter was still on, Mr Sayeed directed the police to submit the post-mortem report from KEM Hospital on the next date of hearing in March.

On October 27, 2019, Singh, his cousin Shivam, and their friend Ankit Mishra, were detained by Wadala TT police after they got into a scuffle with a couple. The patro-lling van brought them to the police station and the couple alleged that Singh and his friend assaulted and harassed them.

Singh was detained for more than three hours and his parents claimed that the police had harassed and assaulted him in the lock-up. His parents said that although Singh had complained of chest pain, the police did not take him to the hospital. They did not provide a vehicle even after Singh collapsed in the police station. His family rushed him to Sion Hospital where he was declared dead before admission.