However in the presence of Nanda’s brother-in-law, the godown was searched by the DRI officials. 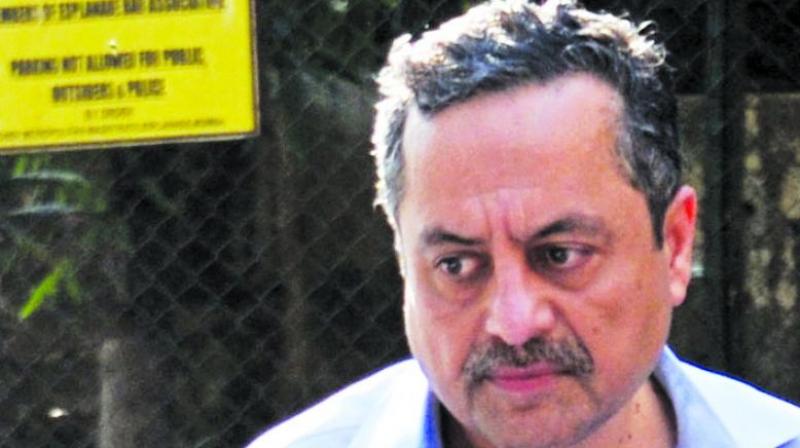 Mumbai: The Directorate Revenue of Intelligence (DRI) on Saturday conducted a raid on arrested Indian-American businessman Vijay Nanda’s godown at the industrial estate in Byculla. The DRI was to raid the godown shortly after Nanda’s arrest on February 7, but couldn’t do so because he claimed to have the lost the keys to the godown.

However in the presence of Nanda’s brother-in-law, the godown was searched by the DRI officials.

Contrary to Nanda’s claim of the godown being empty, officers found that it had been camouflaged as an abandoned mezzanine floor where they recovered antique wooden sculptures and carvings. The DRI said that the articles were found to be antiquities protected under the Antiquities and Art Treasures Act, 1972. The wooden sculptures are from the late Mughal style of architecture from the 17th and 18th century.  There were twelve ornately carved wooden columns with floral pilasters, 12 wooden archways with carvings of birds and flowers on them and 12 wooden pedestals.

According to sources, the DRI aims to call experts from Archaeological Survey of India (ASI) for formal certifications and also experts from Mumbai University to decide on the current values of the artefacts. Styled columns were also found in the Indo-Saracenic style of architecture of the 19th century. “The recovered columns appear to be the part of a grand haveli in Gujarat or Rajasthan, but they will have to be checked for authentication. All these sculptures had been packed properly and were in a ready-to-ship condition,” said a DRI official.

The DRI hasn’t found any documents or proof that would establish Nanda as their owner.

The Mumbai DRI on February 7 arrested Nanda for smuggling antiques to other countries. Nanda was arrested for allegedly trying to smuggle antiques and artefacts without legal documentation or registration of the ASI. The Mumbai DRI raided his residence as well as his workshop at Byculla. Nanda had claimed that two of his statues are loaned to Chhatrapati Shivaji Maharaj Sangrahalaya.

Sources said that he was a furniture dealer in the US dealing in custom-made French and Restoration era artefacts.