The tree cutting was carried out hastily and even the police was prevented from entering the barricaded plots. 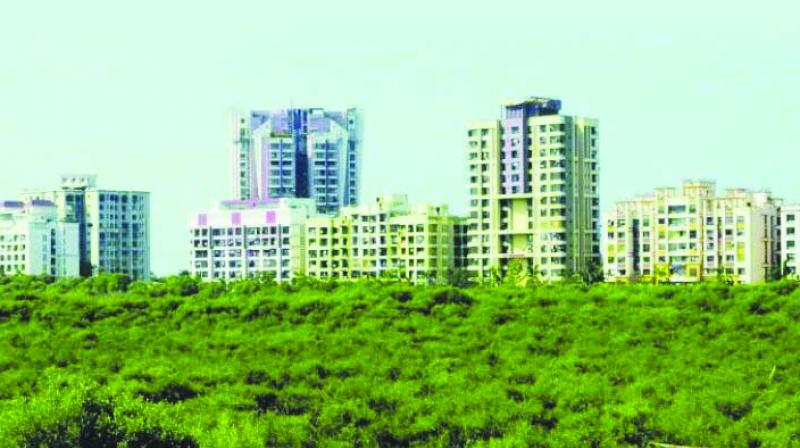 Hundreds of trees were chopped down between 8.30 am and 3.30 pm on Sunday in Nerul’s mangrove area, the site of a proposed golf course project and residential complex.

Mumbai: Hundreds of trees were chopped down between 8.30 am and 3.30 pm on Sunday in Nerul’s mangrove area, the site of a proposed golf course project and residential complex. Local residents, who were up in arms against the felling, gathered at the site but failed to bring it to a halt, with scores of trees already having been axed by noon. Later, the police, acting on activists’ complaints, finally put a stop to the activity.

According to a public notice by the Navi Mumbai Municipal Corporation, a total of 728 trees are to be felled at the site and only five of them are slated to be transplanted.

“The tree cutting was carried out hastily and even the police was prevented from entering the barricaded plots. In a short time of four to five hours more than 500 trees in the entire area had been cut mercilessly,” said Navi Mumbai-based activist Sunil Agarwal.

Mr Agarwal, who had moved the Bombay high court against the project proposed on a large wetland plot and got a stay order on the construction, wrote to the chief minister, forest department and the Konkan Wetland Grievance Redressal Committee seeking action against the culprits. “It is shocking that despite the matter being before Supreme Court, the Cidco, acting as the tree authority, gave permission to Mistry Construction in December 2019 for the application made by Mistry Construction in December 2017 without considering the high court order of November 2018,” read the letter.

“As long as the golf course matter is pending before the Supreme Court no construction or any other activity can take place anywhere on this whole area,” he said.

A 35.55-hectare wetland plot was allotted to Mistry Construction for the development.