Major Nair had completed his graduation from Ferguson College, Pune. 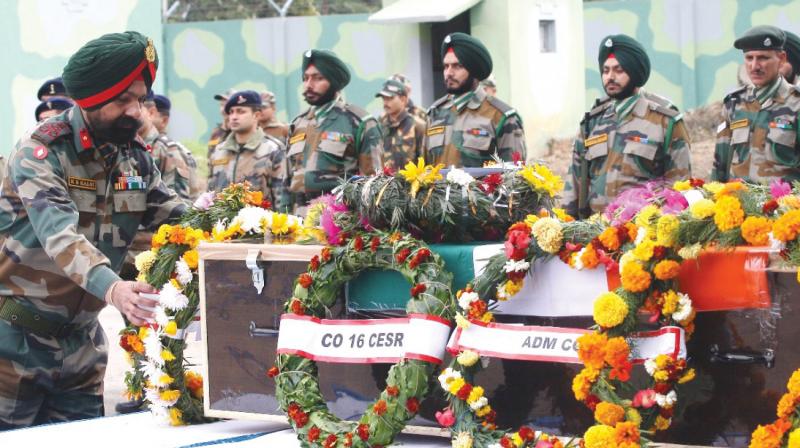 Pune: The family and neighbours of Major Shashi Dharan Nair are in a state of shock over news of his being killed in a Pakistani attack on the line of control (LoC). It was only a week ago that he resumed duty after enjoying a month-long vacation at his home in Khadakvasla, Pune.

Major Nair and a soldier were killed in an IED (Improvised Explosive Device) blast in the Nowshera sector of Rajouri district, Jammu & Kashmir, Friday evening. IED was planted in the foot track along the LoC to target soldiers patrolling the Naam area in Nowshera.

Major Nair’s mortal remains were flown to Pune on Saturday afternoon and kept for people to pay their last respects at the War Memorial in the evening. His last rites will be conducted Sunday.

Major Nair had completed his graduation from Ferguson College, Pune. Following his childhood dream to serve in the defe-nce services, he cracked the examination and ent-ered the Indian Military Acadamy 11 years ago. Presently, he was serving 2/1 Gorkha Rifles as major and had served in a high altitude area, counter ins-urgence and LoC. He had also served as an instructor in the cadet training wing, College of Military Engineering, Pune.

He is survived by his wife, mother and sister.  He married three years ago and his wife Trupti is an engineer.

Earlier, the Army paid tribute to Major Nair. “Tributes to our brave martyr Major Nair was paid by the Major General H. Dharmarajan at Rajouri and inspector general of police Jammu, M.K. Sinha and other senior officers,”said a defence spokesperson.