During their yeoman service over almost three decades, these ships have participated in numerous operations including Operation Parakram and Vijay. 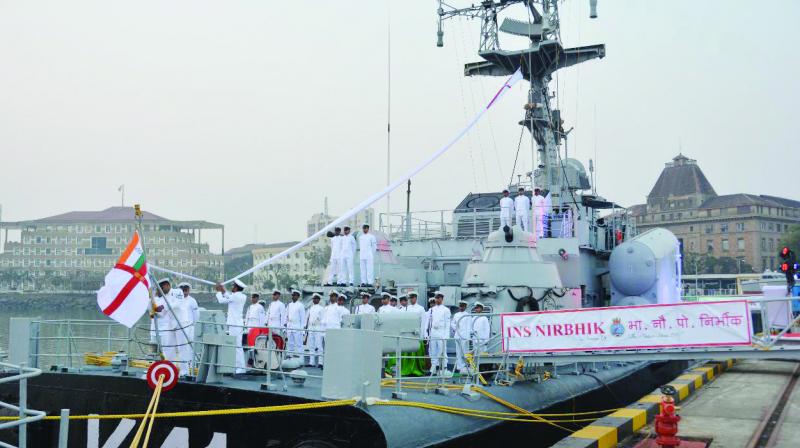 INS Nirbhik and INS Nirghat were decommissioned at the Naval Dockyard.

Mumbai: The Indian Navy decommissioned two warships, INS Nirbhik and INS Nirghat, at the Naval Dockyard on Thursday after 30 and 28 years of service respectively. The solemn ceremony involved traditional lowering of the ensign and commissioning pendants with playing of The Last Post. These ships, which are part of the Killer squadron, are inheritors of a proud legacy as their original avatars were flag bearers of the naval offensive action on Karachi Harbour during Indo-Pak war in 1971.

INS Nirbhik and INS Nirghat in their new avatars were commissioned at Poti in the erstwhile Union of Soviet Socialist Republics on December 21 1987 and December 15 1989 respectively. These ships were manned by a crew of 70 sailors and seven officers, while their four gas turbine engines make them fast and achieve speeds close to 40 knots, stated a Naval release.

During their yeoman service over almost three decades, these ships have participated in numerous operations including Operation Parakram and Vijay.  INS Nirbhik and INS Nirghat were also deployed off Gujarat on numerous occasions for patrolling. and Cdr Anand Mukundan and Cdr Mohammed Ikram were the last Commanding Officers to helm INS Nirbhik and INS Nirghat respectively.

The warships will be reincarnated in the future, officials said.