Police said that neither did the post-mortem report suggest anything suspicious nor did the family suspect anyone. 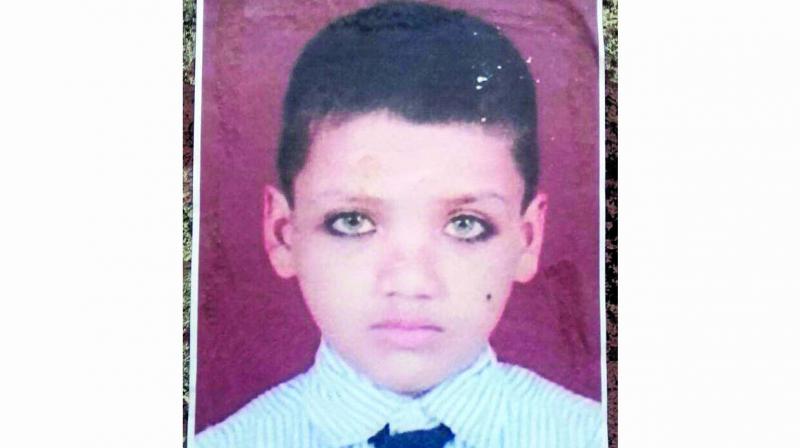 Mumbai: Three days after a seven-year-old boy was found dead inside a ration shop in Kurla, VB Nagar police, which is investigating the case, has ruled out the possibility of murder, citing post-mortem findings. Police suspect that the boy, Karan Nishad, may have died after a sack containing 30kg grain fell on him, smothering him.

Police said that neither did the post-mortem report suggest anything suspicious nor did the family suspect anyone. Karan’s body was recovered from inside a ration shop in Kurla east on Monday, just a day after the naked body of an unidentified minor boy was found inside a suitcase outside Lokmanya Tilak Terminus. VB Marg police said that Karan was a second standard student from a civic-run school.

A police officer said, “We were waiting for his post-mortem report which says death due to suffocation but there is no injury or any marks of strangulation or anything else. We suspect that a 30-kg bag of grain that was just beside the boy fell on him when he was studying. Because of the pressure, he could neither move nor push the bag aside and so, suffocated and died.”

Police has taken statements of 20 people including the owner of the ration shop and the father of the deceased. “They said that the boy came to the shop on Friday after returning from school and was studying, sitting near bags of grain kept one over the other. Karan’s father, a fruit vendor who works part-time at the ration shop, was there at the time and left by 6.30pm so the shop-owner thought there was no one inside and simply closed the door of the shop and left,” said the officer. Mumbai police PRO, DCP Ashok Dudhe, said, “VB Marg police has registered an accidental death report in the case. There is no suspicion of murder.”