Shyamvar Rai grilled over illegal firearm seized from him

The lawyers also asked him about the presence of huge crowd on the route from his house to the place where he was arrested. 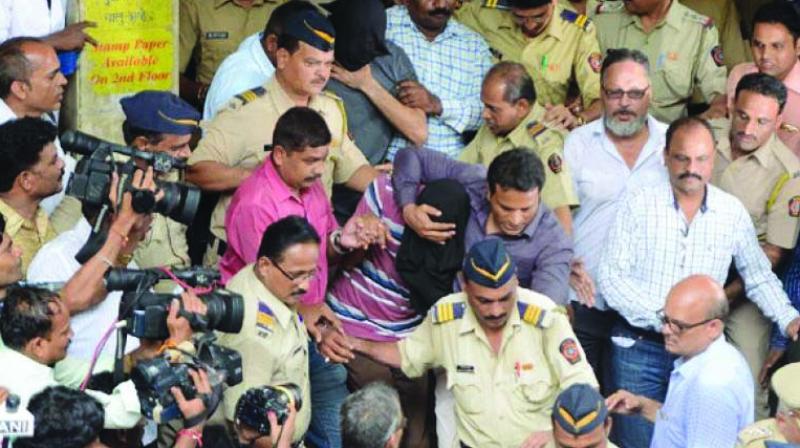 Mumbai: Shyamvar Rai, the accused-turned-approver in 2012 Sheena Bora murder case, on Monday told the court that he was not aware that the punishment for murder is more than possessing (illegal) firearm. Rai was being cross-examined by the lawyers of Indrani Mukerjea’s former husband, Sanjeev Khanna. The lawyer pointed out in the court that there are drains near his house to show that he could have avoided the risk of getting caught with firearm by throwing it in the drains instead of going all the way with it to Bandra where he was arrested by police.

Rai told the court that for about a year he served as a driver to Sheena Bora and Mikhael. While answering questions asked by the defence, he said that he used to drop them to their destinations.

However, Rai could not give any reasons when the defence asked him what conversation took place between him and Mikhael between January 2012 to April 2012.

He also said that he had seen what was kept in the bag, which Indrani had put in the car when they were in Worli. According to Rai after his arrest in the firearm case, he had told the police about the murder case, but the police had not compelled him to disclose it. Rai denied the claim of defence that he was not arrested by police with any firearms and he was deposing falsely before the court at the instance of Khar police and CBI.