The Sion lake is a home to various species of fishes and it is also a popular venue for Ganesh immersion in the surroundings. 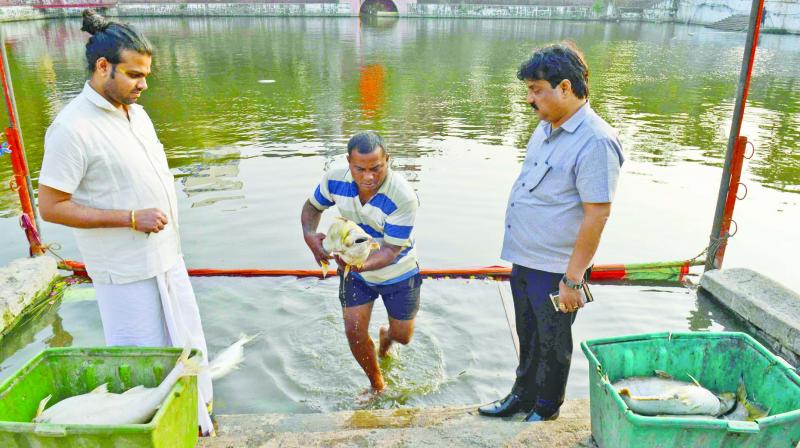 Mumbai: Local residents in Sion have raised concerns over the growing number of fish dying in Sion lake since the last couple of days. It has happened due to lack of oxygen because of the contaminated water in the lake, they have alleged.

The Sion lake is a home to various species of fishes and it is also a popular venue for Ganesh immersion in the surroundings. But since the last couple of days, dead fishes are seen floating in the lake creating panic among the residents.

Local resident Dr MJ Pravin Bhatt said, “Since Sunday and Monday, we have seen several dead fishes in the lake. As an emergency measure, we tried to pump oxygen inside the lake water by spending money from our own pockets. But this has not helped the situation at all.” 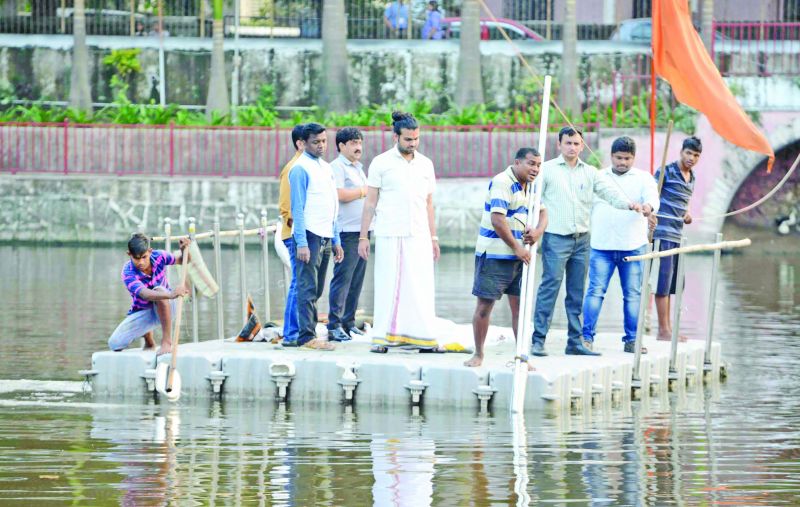 An attempt to pump oxygen into the water.

Some of the residents complained that fishes might have died due to chemicals mixed in water after Ganesh immersion. “During the Ganpati Visarjan and Navratri festival, hundreds of idols are immersed in the lake. Remains of these idols causes water pollution, due to which fishes must have died,” said one resident.

Keshav Ubale, assistant municipal commissioner of F/N ward said, “Samples of the lake water have been taken and sent for testing. We are awaiting the test results. Measures will be taken based on the test results.”