BMC to produce telescopic rods to save firemen 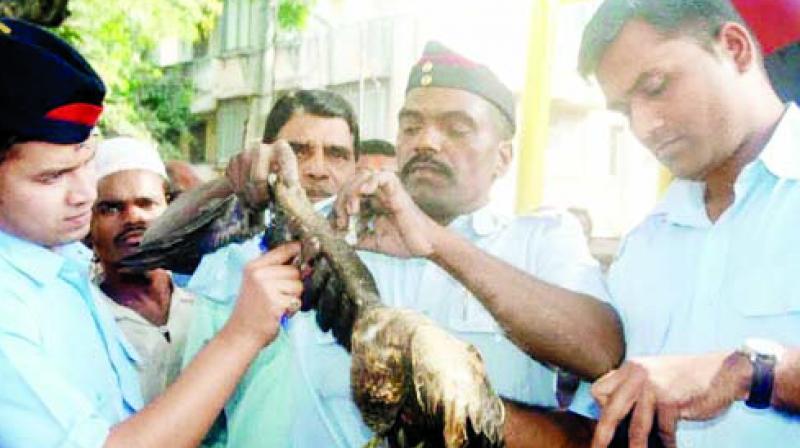 Mumbai: Taking into account  the threats posed to lives of firemen while rescuing birds, the Brihanmumbai Municipal Corporation (BMC) has decided to procure telescopic rods, which are made up of carbon fibre or fibre glass.

These rods will be 16.56 metres high and firemen can use them for bird rescue operations without endangering their lives. The BMC will procure 35 rods at the cost of Rs 77 lakh (each costing Rs 2.12 lakh). The rods will be made available at 34 fire stations in the city.

Mumbai Fire Brigade has lost two of its firemen, Umesh Parvate and Rajendra Bhojane, in the recent years while rescuing birds caught on trees or wires.

“To avoid such tragic incidents, telescopic rods will be purchased. Since they are made of fibre, there is also no danger of electrocution if they come  in contact with live wires,” said a fire official.

On an average, senior fire officials estimate that over 50 calls related to bird and animal rescue are received every day in the city. Around 18,000 such calls are received annually.

After the 2015 Kalbadevi fire, which had claimed lives of chief fire officer Sunil Nesrikar and three other senior fire officers, a panel had suggested to keep firemen away from non-fire activities, like rescuing birds or drowning incidents. But, till date, no decision has been taken.

In December 2013, 31-year-old fireman Umesh Parvate had climbed 20 feet up a roof to free a crow, but he slipped and fell to his death at Masjid Bunder.  On December 10, three firemen  of Byculla fire station went to attend a bird rescue call. While trying to rescue, the three firemen suffered severe burns after coming in contact with a high-tension overhead wire.