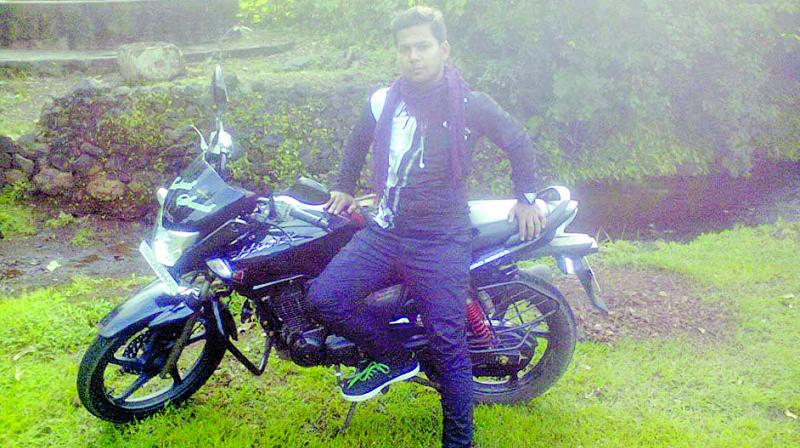 Mumbai: The Maharashtra Anti-Terrorism Squad (ATS) has sent the laptop and phone used by Thane youth Tabrez Tambe’s family members to stay in touch with him to the state forensic lab for analysis. Tabrez (28), who has allegedly joined the terror outfit ISIS, was nabbed in Libya late on Friday night. The police is also trying to access Tabrez’s social media accounts and online chatting accounts to gain more insight into Tabrez’s friend Ali, who allegedly influenced him and lured him to join the ISIS. Ali’s nationality is not confirmed.

Two days after Tabrez’s brother Saud approached the ATS informing them about his elder brothers decision to join the ISIS, the police is trying to probe all possible angles in the case. Tabrez had allegedly moved to Libya and joined the banned terror outfit Islamic State (ISIS) or Daesh. Tabrez, who worked in various countries as part of a Cargo company had moved to Egypt in January 2016 for a new job and a few days ago called his brother and told him that he was joining the IS. “The family alleged that Tabrez was a shy person who must have been lured into joining the IS at the behest of one of his friends identified only as Ali,” said an ATS official. The official added that they were yet to obtain more details about Ali. Tabrez, who is married, stayed abroad for work and visited his family who alternatively stayed in their house in Konkan and their rented apartment in Mumbra.

He informed that Ali had come to India and stayed with the family for sometime. “The family suspects that Ali is mostly a foreign national. We have contacted the foreign regional registration office for details on any such person who came to the city in the last two years,” he said. The officials are also going through the phones and laptop owned by the brother to check the conversations Tabrez had with Saud. “We are questioning the brother and are also checking their previous chats to see if there is any pattern and to create a timeline of his activities,” the official said.

The officials are also trying to access Tabrez’s online chatting accounts to gain more insight into Ali. “We are trying to trace Ali and check whether Tabrez was approached by Ali through an online site or from his workplace,” said an officer.