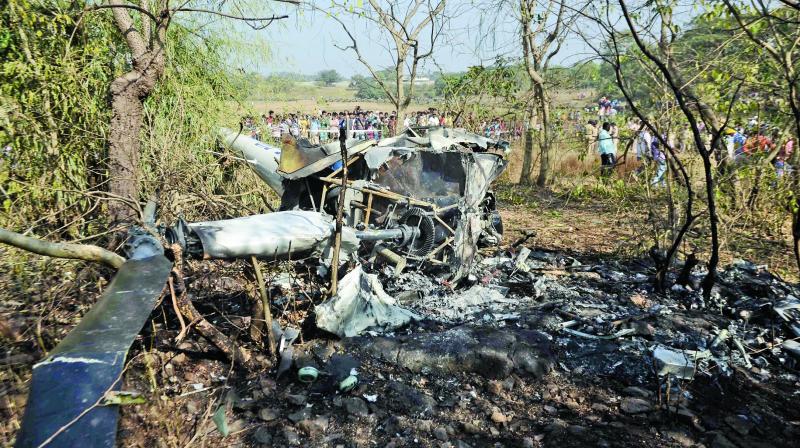 The copter that crash-landed at Aarey Colony in Goregaon on Sunday. (Photo: Shripad Naik)

Locals took out the passengers to rescue them and rushed them to hospital. They cut the occupants’ seat belts with sickles to get them out. The fan of the aircraft had badly injured the pilot, who was bleeding. The clothes of the women passengers were burnt, and the locals wrapped them in a blanket before taking them to hospital.

Commenting on his team allegedly taking too long to reach, DCP Kiran Kumar Chavhan of zone 12, under whose jurisdiction the incident took place, said, “That’s not true. Aarey police station is very close to the spot and a police team rushed to the spot immediately after getting an alert from the control room.” He added, though, that the residents had conducted the rescue operation already.

A fire brigade official, too, countered the statement of the locals, saying, “We were alerted at 12.19 pm and we reached at the spot at 12.37 pm. So there was no delay from our side.”