According to senior officials probing the accident, the Juhu ATC got in touch with a Pawan Hans copter that was flying nearby. 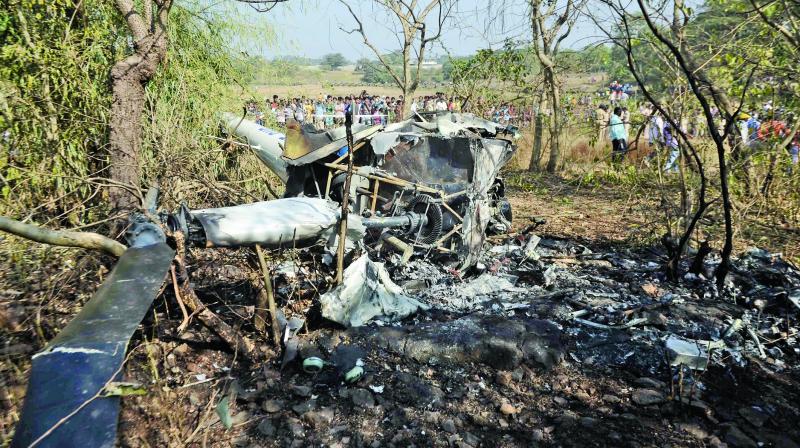 The Pawan Hans helicopter visited the spot and confirmed the crash.

Mumbai: The helicopter crash on Sunday has raised questions on the air safety concerns taken by both: the copter as well as the airport operator. According to senior officials from the Juhu aerodrome, the reason told by the pilot in communication with the Juhu Air Traffic Control declared the emergency stating a mechanical problem. However, sources from the ATC say that the clutch of the machine had failed which led to the accident.

A senior Airport Authority of India (AAI) said, “Functioning of a helicopter is different from an aircraft. In a helicopter a clutch failure makes it drop just like a stone drops from a height making it impossible for the machine to move ahead.”

According to senior officials probing the accident, the Juhu Air Traffic Controllers got in touch with a Pawan Hans copter that was flying nearby. The Pawan Hans helicopter visited the spot and confirmed the crash. “The ATC then immediately informed the local police station and fire brigade who rushed to the spot,” explained an AAI official. Fearing that the accident would leave a bad impact on people looking for joyrides for at least a few months, Uday Gelli, president, Rotary Wing Society of India (RWSI), said, “There seems to be no pilot error as the clutch failed leading to emergency landing. During such a clutch failure, the power supply to the engine stops, not allowing the copter to move ahead.”

A Juhu ATC official said, “When the clutch fails, the copter drops like a stone falling from a height. The pilot was flying 500 feet from the ground and did not take even 10 seconds to crash land after his last message was communicated.”

Dr. Mandar Bharde, owner of MAB Aviation who has known flight commander Praful Mishra for seven years, praised him for his presence of mind.