This is the latest instance in which the claims of the government vis-a-vis the beneficiaries of its schemes, have been found to be untrue. 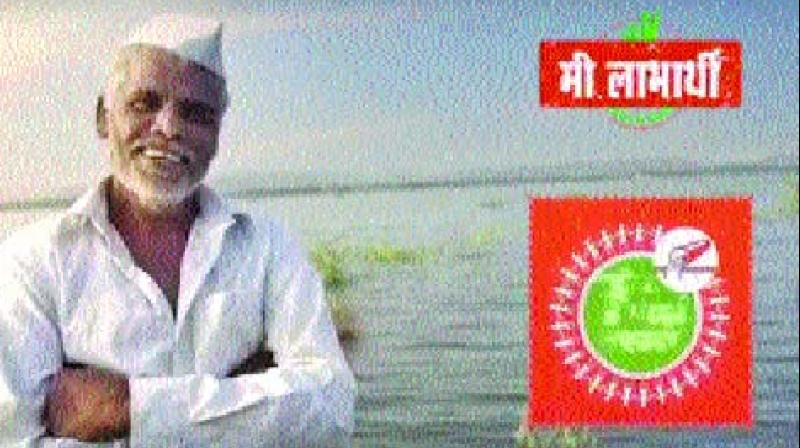 The Jalyukta Shivar scheme is yet to be implemented in the ‘thriving’ village shown in the ad.

Mumbai: In a major embarrassment for the Maharashtra government, it has emerged that a village shown in a state government advertisement as being the beneficiary of the fruits of the Jalyukta Shivar scheme, is yet to see the scheme being implemented in the region.

This is the latest instance in which the claims of the government vis-a-vis the beneficiaries of its schemes, have been found to be untrue.

It also shows Vilas Pisal, a resident of Bidal, as owning a garden of pomegranate. But in reality, the situation is different.

Local MLA Jaykumar Gore (Congress) said, “Bidal has been included in Jalyukta Shivar scheme in 2017-18, that is this ongoing year. A plan for implementation of the scheme is not yet ready. In such a case, how can the state government claim credit for already completed work?”

This issue was raised in the District Planning and Development Committee (DPDC) meeting in Satara on Friday. Vijay Shivtare, guardian minister for Satara district, accepted that wrong information had been given and assured members of the committee that action would be taken on the officers responsible for the same.

In addition to this, Mr Pisal, who is shown in the advertisement, told The Asian Age, “I do not own any such pomegranate garden. How can I claim that? Even micro irrigation work in our village has been done by villagers itself. No government gave any contribution.”

Asked for his comment on the story, Brijesh Singh, director general of the information and public relations department of the state government said, “Jalayukta Shivar is a wide concept. It includes all the work we undertake for conservation of water. In the last three years with the support of government machinery Bidal farmers initiated works of water conservation individually and collectively. The advertisement covers major aspects of water conservation and Jalayukta Shivar... Mr Pisal is a farmer in that village. He owns agriculture land. We have interviewed Mr Pisal. He says he and his village immensely benefited from the scheme.”

The Bharatiya Janata Party-led government has come up with the Mi Labharthi (I am beneficiary) campaign on completion of three years in Maharashtra. But this campaign has been under fire for various reasons.

Earlier, another advertisement of the Mi Labharthi campaign landed in controversy when it showed farmer Shantaram Katke from Bhivari village of Pune district as having received Rs 2.30 lakh from the state government. Mr Katke claimed the state government had given only Rs 1.79 lakh to him.

Meanwhile, the Nationalist Congress Party slammed the government over the claims made in the advertisement.