The Storm Water Drains (SWD) department of the BMC carries out de-silting of rivers before, during and after monsoons. 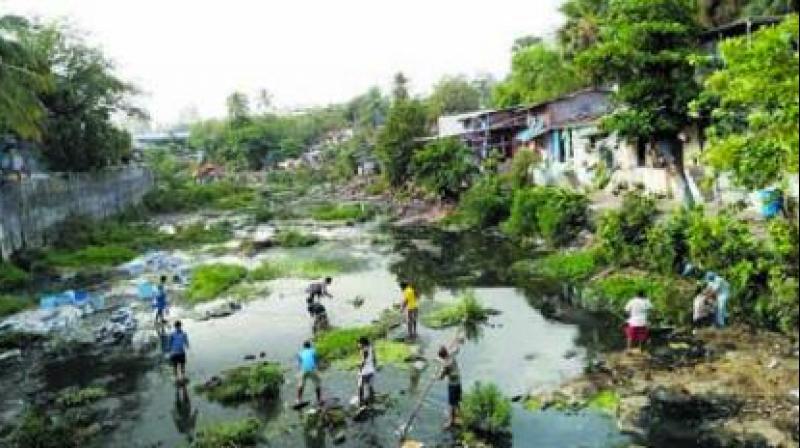 Mumbai: River March, a citizens’ movement to clean up Mumbai’s rivers, will unleash a mega-cleanliness drive on the Poisar river this month. While the Brihanmumbai Municipal Corporation  (BMC) claims that only 20 per cent of waste is left for cleaning from the river, locals say that post-monsoon, greater accumulation of garbage had made the river stretch at Kranti Nagar a breeding ground for mosquitoes since last week. River March has written to the municipal commissioner, asking for continuous de-silting of the river even during non-monsoon days.

The Storm Water Drains (SWD) department of the BMC carries out de-silting of rivers before, during and after monsoons.

Vidyadhar Khankar, chief engineer, SWD-BMC, said, “We have already cleared 80 per cent of waste at pre-monsoon and monsoon levels. As there have been complaints about mosquitoes at the Kranti Nagar stretch, we will be carrying out de-silting, looking at the quantity of the waste.”

Meanwhile, activists and citizens say that the civic body should carry out cleaning activity more regularly for some years while people’s attitude towards disposal of garbage is undergoing change.