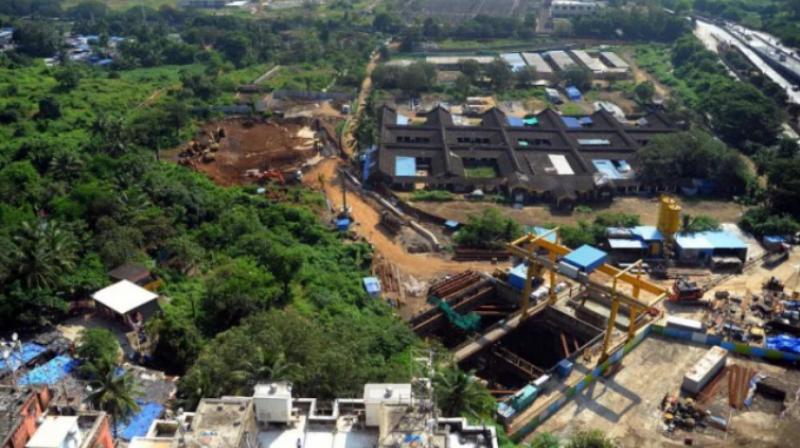 Mumbai: In a major decision, Maharashtra Chief Minister Uddhav Thackeray has announced that the metro car shed project at Aarey Colony has been shifted to Kanjurmarg in Mumbai.

“I had opposed the metro car shed at Aarey. The project will now be relocated to Kannjurmarg. The plot belongs to the government and it will be available at zero cost. No cost will be incurred for the purpose,” said Mr Thackeray in a webcast on Sunday.

Despite the stiff opposition from the Shiv Sena and environmentalists, the earlier Devendra Fadnavis-led government had decided to build a metro car shed at Aarey Colony, which is called the green lungs of Mumbai city. The citizens and green activists had protested the project citing the felling of trees and perceived damage to the environment in Aarey due to the project.

Spread over 2000 acres, the Aarey Colony is one of the few green spaces left in Mumbai. The Maharashtra Government, on September 3, had declared 600 acre of Aarey land as a reserve forest.

“The government has now revised the forest area to 800 acre. Biodiversity in Aarey needs to be to conserved and protected. Nowhere is there an 800-acre jungle in an urban set up. Mumbai has a natural forest cover. There will be no infringement on rights of tribals in the Aarey forest,” said the CM.

Thackeray earlier had also directed the state Home department to withdraw cases registered against the protestors last year for opposing the felling of trees at Aarey Colony.

The Mumbai Metro Rail Corporation Limited (MMRCL) had chopped more than 2,600 trees at Aarey colony on October 25 last year to construct a car shed for the Rs 32,000 crore underground Colaba-Bandra-Seepz Metro corridor. Several activists, who had gathered at the spot to protest, were detained by the police. An FIR was registered against 29 people. After he was sworn in as Chief Minister of MVA government, Mr Thackeray had put a stay on the work on the car shed.

Environment minister Aaditya Thackeray, who has vehemently protested against the proposed car shed, welcomed the decision to shift the project to Kanjurmarg by tweeting, “Aarey Saved.” Environmentalist Zoru Bathena said, “We welcome this amazing news and are rejuvenated. We shall continue our fight to always protect Aarey.”

However, the BJP has slammed the decision to shift the metro car shed from Aarey Colony to Kanjurmarg saying the CM is misleading the state. BJP spokeperson Atul Bhatkhalkar said, “Uddhav is lying as the Kanjurmarg plot has been stuck in litigation. The metro works have been stayed for last nine months, due to which the state is facing a loss of Rs five crore daily.”