The door-to-door survey only began in August. 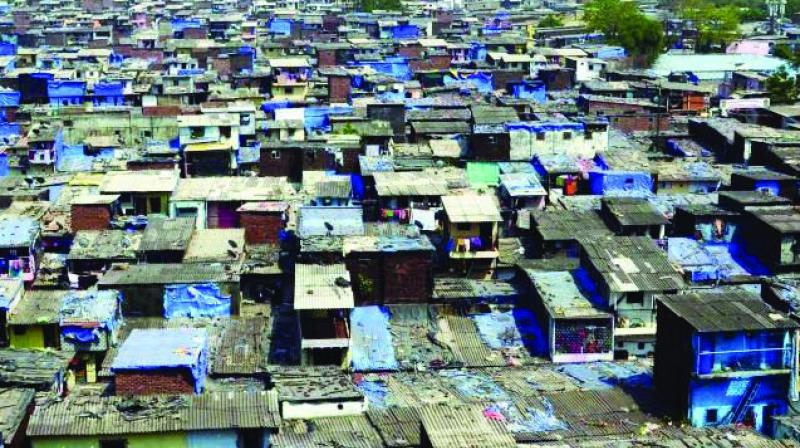 Mumbai: There are around 1,80,000 slum hutments in Thane according to a recent estimation by the Slum Rehabilitation Authority’s (SRA) biometric cell, which mapped slum areas in the region. The contract for surveying slums in Thane was awarded in January this year. But till now, only 5,000 hutments have been surveyed. There are 263 slum clusters in Thane. The door-to-door survey only began in August.

The Thane region is divided into three zones, each having its own deputy collector. Zone 1 has about 1,00,000 slums of which only 2,169 huts have been surveyed, Zone 2 comprises of approximately 40,000 slums of which survey of 1,420 huts is done so far. In Zone 3, only 535 huts have been surveyed. “We estimated the count of hutments by gauging the total area of a slum cluster. If a cluster area is more than one acre, then it is estimated that the cluster houses around 300 hutments. Thus, it has been derived that entire Thane houses nearly 1,80,000 hutments,” said an official from SRA’s biometric cell. The state plans housing for all by 2022 and thus the survey of slums is being performed. The slum clusters are present in areas including Naupada, Kopri, Chendani, Dativali, Shil, Daighar, Kasbe Thane, Pachpakhadi, Majiwade, Chitalsar Manpada, Balkum, Dhokali, Kolshet, etc.

The Asian Age tried contacting Sanjeev Jaiswal, Thane Municipal Commissioner, but he remained unavailable for a comment. Meanwhile, of the 9 lakh slums present in the city currently, the SRA has managed to completed survey of only 2.5 lakh hutments.