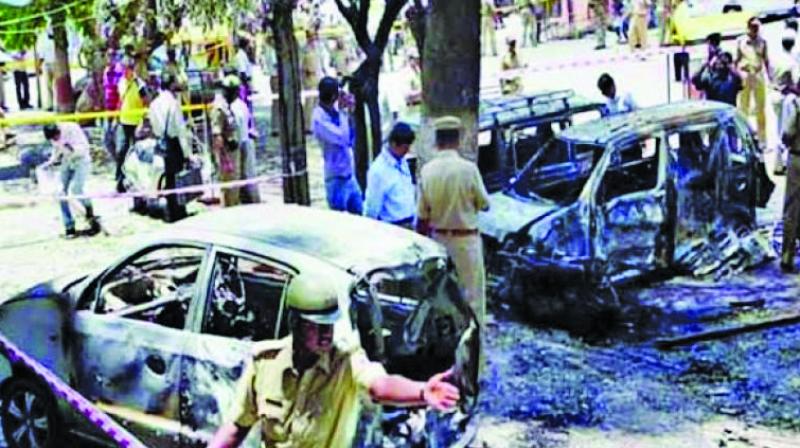 Six persons were killed and nearly 100 were injured in a blast in Malegaon town on September 29, 2008.

Mumbai: A special NIA court on Wednesday granted bail to Sameer Kulkarni on a personal bond of Rs 50,000 in 2008 Malegaon bomb blast case. Now, only one accused, who has not applied for bail, is behind bars in the case.

Kulkarni had filed the bail plea before special judge Shripad Tekale on the grounds of parity. He had argued that other accused Sadhvi Pragya Singh Thakur, Lt Col Prasad Purohit and retired Army major Ramesh Upadhay have already been granted bail. According to Kulkarni, these accused were facing serious charges as compared to him, and hence he should also be granted bail.

The prosecution had claimed that Kulkarni had attended conspiracy meetings and was working for Abhinav Bharat floated by Col Purohit.

Earlier, Kulkarni had sought bail on the grounds that he was illegally detained and tortured for four days before being officially arrested. He argued for bail personally and told the court that police personnel clad in civil dress had illegally detained him on October 25, 2008, at around 8.30 am at Habibganj railway station in Bhopal. After that, he was given a fake identity and was brought to Mumbai by a chartered plane. However, the court had earlier rejected his bail application.

Six persons were killed and nearly 100 were injured when a bomb strapped to a motorcycle exploded in Malegaon town of Nashik district on September 29, 2008.