DJs move court to save loudspeakers

Police has been falsely stating that HC has directed them to ban sound system. 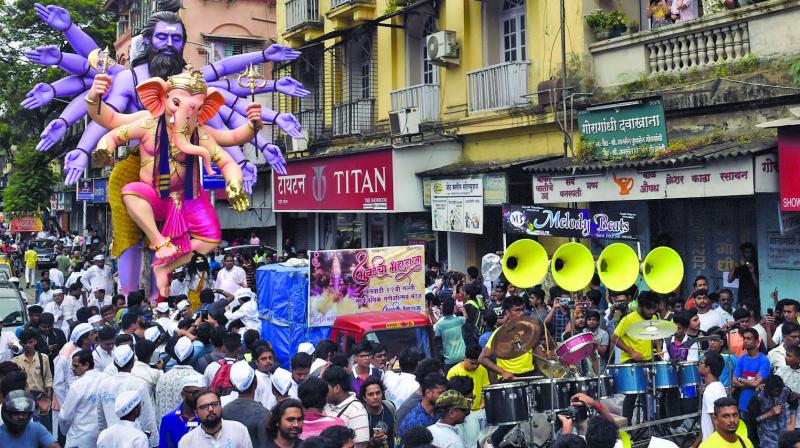 High court has asked state to file reply by Friday.

Mumbai: A petition has been filed in the Bombay high court against the notices issued by police prohibiting use of loudspeakers and DJs in various parts of the state. Police have not been giving permissions to DJs and have issued these notices as precautionary measure to reduce noise pollution during Ganesh and Navratri festivals.

The petitioner, professional audio and lighting association, has approa-ched the Bombay high court saying DJ owners are ready to abide by the prescribed noise limits but due to police action many of them lose out on business. Subsequently, the HC issued a notice to state government and asked it to file a reply by Friday.

According to petition, the state government has misconstrued the interim orders of the Bombay high court. Therefore police has been issuing notices of either banning or prohibiting the use of sound system.

The petition cleared that at no point of time Supreme Court, high court or noise pollution rules 2000 prohibited use of sound system at public places. Police have been falsely stating that HC has directed them to ban DJs.

Further, the petition alleged that police use limited aspect of the Supreme Court judgment to suppress the entertainment industry but they are not strongly enforcing judgment against industries, manufacturing units, firecrackers, vehicular noise pollution and aircraft noise pollution.

The petition also states that environment forestry department and climate change have made some minor changes to the noise rules 2000 and allowed to play loudspeakers and music systems during festival seasons.

The ambient noise level is already high in the metropolitan cities due to industries, vehicles, sports activity political and cultural events, the petition stated.

Meanwhile, the petition sought that court should declare there is no ban on use of loudspeakers and direct state authorities to use proper protocol of measuring ambient noise levels.