The Haryana Police will be questioning school CEO Ryan Pinto and other top brass. 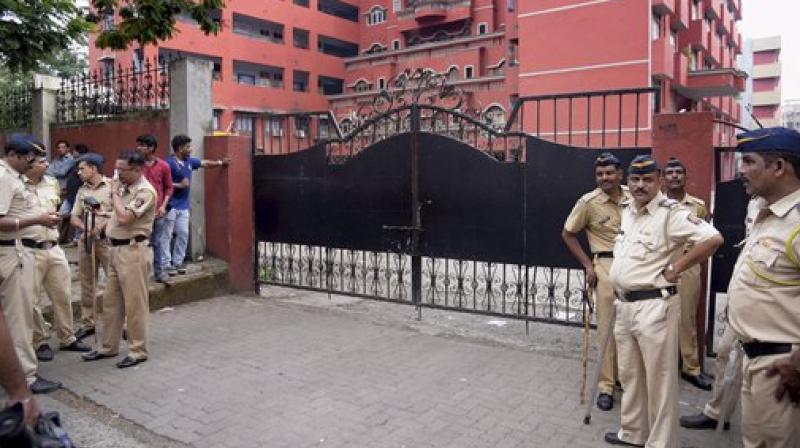 Police personnel deployed outside the Ryan School at Kandivali in Mumbai. (Photo: PTI)

Mumbai: Two officers from Haryana Police, on Tuesday, questioned staff at the Ryan International School in Kandivali in connection with the the murder of a boy in the institution's premises in Gurgaon.

The two officials from Haryana Police are at the campus of Ryan International School, said DCP (Zone-XII) Vinay Rathod.

Of the two officials one of them is an inspector-level officer. They are verifying documents and questioning staff, said an official.

Fourteen police teams have been constituted to probe the case.

The Haryana Police will be questioning school CEO Ryan Pinto and other top brass.

The 7-year-old was found dead with his throat slit in the washroom of the school in Gurgaon.