The investigation has led to a network of ‘handlers’ spread out of Kolkata and Bangalore. 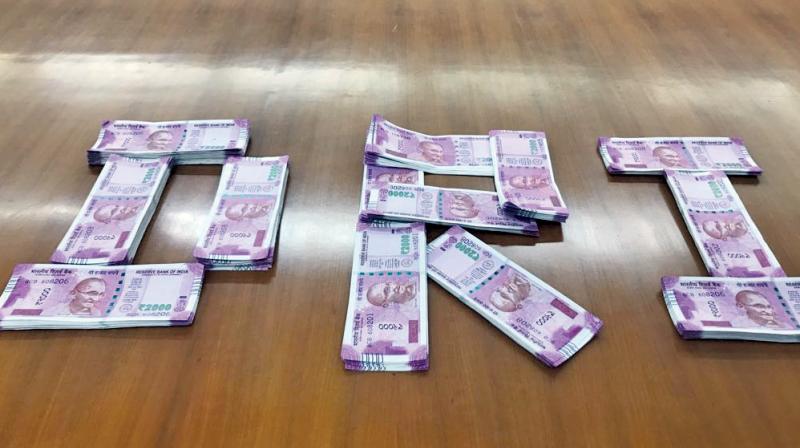 Mumbai: The Directorate of Revenue Intelligence (DRI) probe has revealed that after demonetisation of Rs 500 and Rs 1000 notes in November last year, the base of manufacturing Fake Indian Currency Notes (FICN) has shifted from Pakistan to Bangladesh as a range of new security features were incorporated into the new Rs 500 and Rs 2,000 notes.

“Our information and investigation in the seizures of fake notes have not led to any connection to Pakistan, as yet. The production has shifted to villages along Indo-Bangladesh border, however, identities of the persons (if they belong to the earlier racket) and their detailed functioning is yet to be established,” said a senior DRI officer. While the quantum of production of fake notes has reduced after demonetisation, the quality of notes has also deteriorated, sources in the DRI said. Demonetisation of Rs 1000 denomination notes and changes made in the design of the Rs 500 notes with added security features in them is stated to have broken the back of the counterfeit currency business. Information with DRI officials suggested that the well-equipped fake notes printing factories in Pakistan that used sophisticated machinery are not functional anymore.

Valuable leads and information pertaining to the new set of fake notes were revealed following recent seizures worth Rs 18.36 lakh (involving notes of Rs 2000 and only one note of Rs 500). The DRI seized a chunk of these fake notes worth Rs 14.86 lakh from Mumbai in two separate incidents within a fortnight.

Preliminary analysis of the counterfeit currency notes hinted towards the use of lesser-sophisticated machines. Earlier notes were of better quality and bore a resemblance to the authentic currency notes that were routed into the country via Nepal and Bangladesh.

“It’s however about time, and we fear that those involved in FICN production would improve the quality in a matter of few months. Since the activity is underway beyond the border, it is difficult to get a long-term solution,” said another DRI officer.

The investigation has led to a network of ‘handlers’ spread out of Kolkata and Bangalore.