The police confirmed that the victim, Kiran Chavan, who is recovering in Leelavati Hospital is now out of danger. 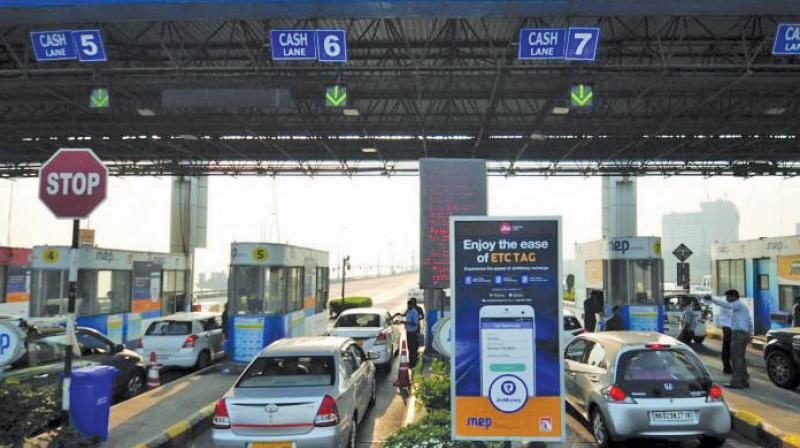 Scuffle erutped at sealink over the payment of toll.

Mumbai: Bandra’s Metropolitian Magistrate court has remanded the two accused to police custody till September 15, who had allegedly stabbed a Bandra-Worli Sea link project manager, Kiran Chavan, at around 5.30 pm on Sunday after a scuffle had ensued between the two parties over the payment of toll. The court gave the police time to gather the key case evidence, including the missing knife allegedly used in the crime, and to check whether the accused are habitual offenders. The police are yet to recover the sharp knife used to attack the victim, as the accused men, identified as Rahul Rege (25) and Paleshwar Chavan (22), had thrown the knife at the toll, post the attack.

The police officials at Bandra police station who are investigating the case said, two persons, namely Chavan, and the complainant Prabhakar Bhalekar were injured in the scuffle, with Chavan getting stabbed. The two men, who were driving a white Innova car, with Thane’s registration number, had denied paying the toll charges, which is mandatory for everyone who uses the Bandra Worli Sealink.

The police confirmed that the victim, Kiran Chavan, who is recovering in Leelavati Hospital is now out of danger, and his statement was recorded on Monday morning.

Pandit Nivrutti Thackeray, senior police inspector of Bandra police station said, “We have got the accused’s custody till Friday and we are checking our records to see if they are repeat offenders. We are also looking for the weapon, a small knife, that was used to stab the victim.”

Two men in a four-wheeler allegedly stabbed a toll supervisor of Bandra Worli Sea link on Sunday evening when the two parties got in a fight over the payment of toll. The supervisor, who was stationed at the Bandra end of the sea link on Sunday evening was doing his duty of collecting the toll from the vehicles passing, when the four wheeler of the two accused came in and they refused to pay the toll.