Panel gets 10-day extension for report 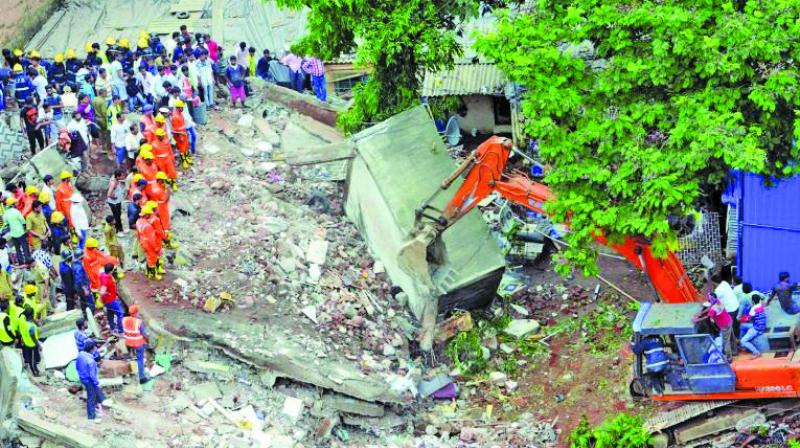 Mumbai: The three-member inquiry committee, which was formed to probe the Ghatkopar building collapse, has been granted a 10-day extension to submit its findings. The committee was expected to submit the report to Chief Minister Devendra Fadnavis within 15 days, post the incident but it has already skipped the stipulated deadline, and will now take another 10 days to compile it.

“The reports need to be concluded with lots of analysis as we have to cross check the statements of residents and key eye-witnesses with the audit done by the consultant. It will take time for us to study it, and thus we had asked for a 10-day extension. Civic chief Ajoy Mehta has granted the extension,” said Vijay Singhal, additional municipal commissioner, who is heading the team, which consists of two other members, Chadrashekar Chore, deputy municipal commissioner, and Vinod Chithore, chief Engineer (roads).

The trio held a marathon meeting on Friday, wherein several points in the case were discussed. However, the appointed structural consultant failed to submit the structural audit of Siddhi Sai building.

As a part of the probe, the committee had recorded statements of the residents and concerned ward officials. The inquiry was put in force after the residents repeatedly blamed Sunil Shitap, who had demolished the load-bearing pillars of the structure to seek additional space while renovating his two flats. The destruction of these pillars, which were on the ground floor, caused the collapse. Shitap was arrested soon after the incidents and is still in judicial custody.

Once the report is out, officials from the Vikhroli Parksite Police station will get a new lead into their investigation against Shitap, who is the main accused in the case.