No BKC land given for bullet train, says Diwakar Raote

NCP’s Rahul Narvekar made serious allegations regarding allotment of land. 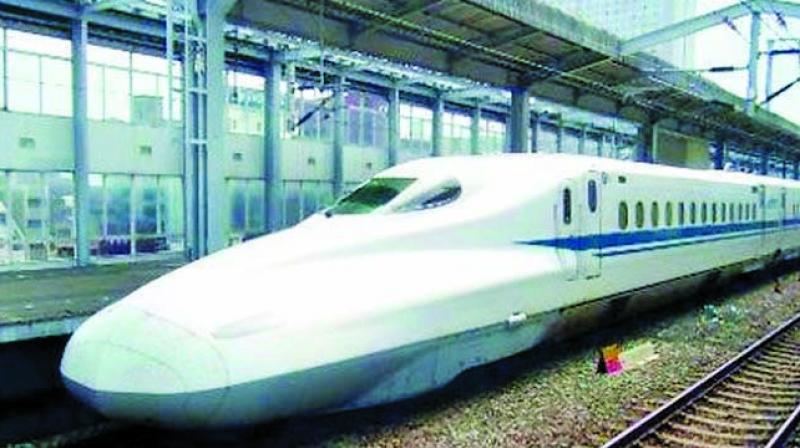 The Japanese bank will give 80 per cent loan and repayment will be done in more than 50 years.

Mumbai: Transport minister Diwakar Raote has stated that the government has not given any land from Bandra-Kurla Complex (BKC) towards Prime Minister Narendra Modi’s ambitious Mumbai-Ahmedabad bullet train project. Mr Raote’s statement came in response to a special discussion in the Maharashtra Legislative Council (MLC).

“It will be an underground project in Mumbai and in a large part of Thane district. But we will also compensate a sufficient amount to landowners, where we need their land mainly outside of Thane district,” he said.

The minister added, “The bullet train will be beneficial for the development of Maharashtra. The state will have to give Rs 185 crore initially. Eighty per cent of the loan will be raised through Japanese bank loan while the Centre will share 10 per cent and Gujarat and Maharashtra will share the remaining amount.”

The half-an-hour discussion around the project was initiated by Congress MLC Sanjay Dutt. In his speech, Mr Dutt said, “This project is being built for traders and big moneybags. No middle-class man or working-class person wants to travel in such haste between these two cities. This project is costlier than air travel. It could be a dead investment.”

NCP’s Rahul Narvekar made serious allegations regarding allotment of land. “Forty thousand square metres from a prime location in BKC is being given for this project. So, the cost of the project is not just one lakh crore. The cost of this prime plot should be included.” Mr Raote in his reply refuted all charges. “This is almost a Rs 1 lakh  crore project but the state will not have to pay a big amount. The Japanese bank will give 80 per cent loan and repayment will be done in more than 50 years. The Centre will raise 10 per cent of the share and Maharashtra and Gujarat will raise the remaining amount. Initially, we will have to pay only Rs 185 crore,” said Mr Raote.