Shiv Sena, BJP and the Congress have constantly been demanding change of name for many railway stations in the city. 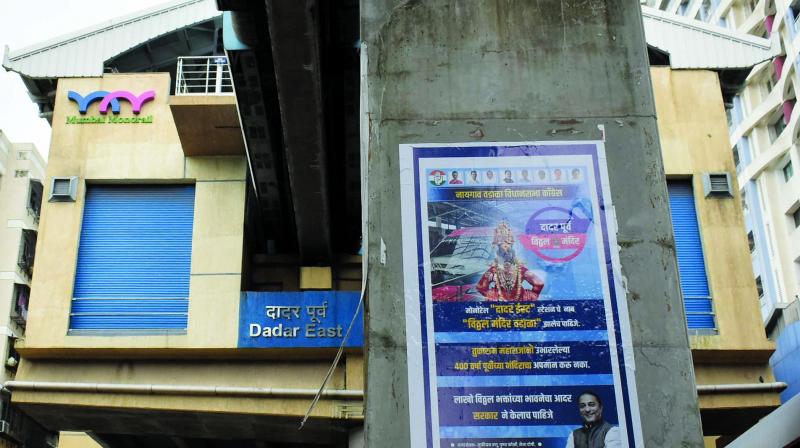 Mr Waghmare, along with his supporters, pasted posters on the station pillars demanding that the name of the station be changed to Vitthal Mandir.

Pasting posters on the walls of a monorail property is a criminal offence as per the monorail authority’s letter published last year. However, the demand made by Mr Waghmare is not new.

In fact, the Congress leader had tweeted that the station must be renamed since it is situated next to the prominent Vitthal Mandir, which is believed to have been established by famous Marathi saint Tukaram.

Nevertheless, the demand for the change in name is being seen as just another political gimmick by the beleaguered Congress ahead of the Assembly election in the state.

Shiv Sena, BJP and the Congress have constantly been demanding change of name for many railway stations in the city.

In order to address the issue, chief minister Devendra Fadnavis had appointed a committee too. The committee is expected to take decisions on changing names of various railway stations.

In July last year, Elphinstone Road station on the Western line of Mumbai’s suburban railway service was renamed Prabhadevi. The busy  Chhatrapati Shivaji Terminus too was renamed in 2017.